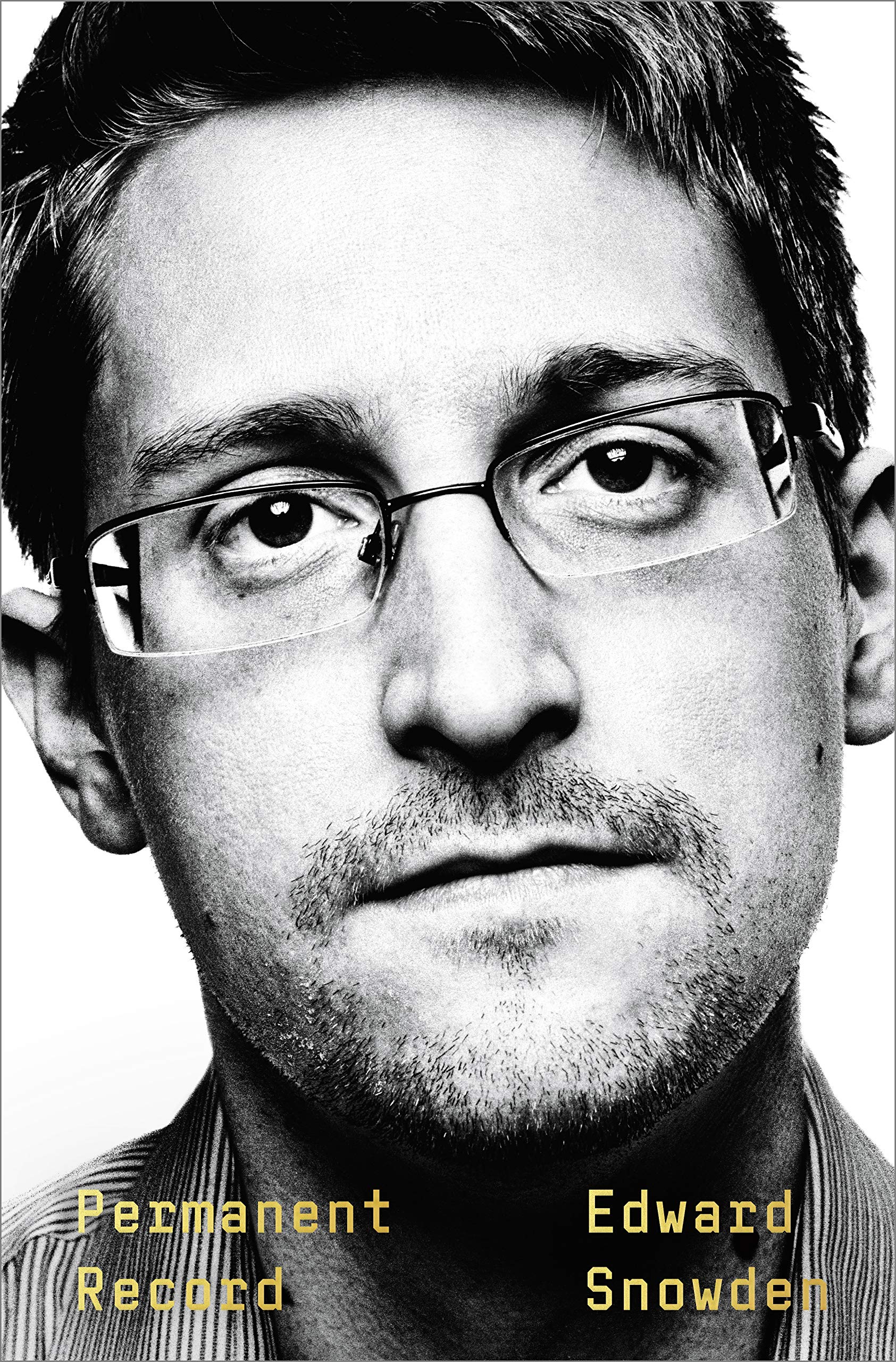 In her bestselling book, “Surveillance Capitalism”, author Shoshana Zuboff while making reference to the insanely popular virtual game, Pokémon Go, writes, “players think they are playing one game – collecting Pokémon – while they are in fact pawns in an entirely different one.” Beneath the seemingly innocuous exterior of a task involving ‘collection’ of creatures hidden in various nooks and crannies both indoors and outdoors, lay an interior, murky and malfeasant. The game’s creators, in due course, confessed that popular virtual locations were for up for sale to the highest bidder, thereby leading to lucrative deals with multinational corporations such as McDonald’s, Starbucks et al.  While the players progressed, goaded by a blissful illusion that they were collecting Pokémon, they were in fact unwitting and unsuspecting pawns, allowing a dastardly manipulation of their behavior by capitalists who were gunning for both their attention and resources.

Edward Snowden is a man without a passport. In 2013, Mr. Snowden blew the lid off a gargantuan State surveillance machinery when he copied and leaked highly classified information from the National Security Agency (NSA) which he happened to gather in his role as a Central Intelligence Agency (CIA) employee and subcontractor. Currently, in exile, the sub-contractor turned whistleblower, by his own account, dwells in a rented structure in Moscow, after having been designated a fugitive under the laws of the United States, his motherland. Popular opinion as to whether Mr. Snowden ought to be prosecuted for exposing State secrets, or feted for exposing an invidious industry for what it is, and has been all along, has taken contrasting contours.

Now, Mr. Snowden has elected to bare it all, in his autobiography, imaginatively titled, “Permanent Record.” More a vindication of self-conscience than an outright indictment of the State, “Permanent Record” brings to bear an arresting combination of wit, vitriol, guilt and resolve. After magnanimously informing his readers about the streak of intrepid curiosity which he nursed as a child and an incorrigible predilection towards electronic stuff, Mr. Snowden gives a breathtaking expostulation on the various surveillance tactics adopted by the CIA and NSA.

In his teens, Mr. Snowden once, hacked into the website of the Los Alamos nuclear research laboratory. His uninterrupted traipsing through a phalanx of confidential documents, reveals to him, the startling fact that the information security apparatus in the laboratory faces a gaping hole. Being aware of the flaw, he assiduously, and even somewhat naively calls the laboratory itself to inform them about the lacuna. Unable to make contact with any one, he leaves a message. After a protracted period of time a caller from Los Alamos makes contact, thanks him for his altruism and upon realizing that Mr. Snowden was till in his teens, exclaims, “Well, kid, you’ve got my contact number. Be sure and get in touch when you turn 18.”

To realise that what you are being watched all along as you blissfully continue to do some watching of your own, is sufficient to induce a tingle down the spine. In a Where-Matrix-Meets-Minority Report, scenario, a civilian unwittingly gives over every single byte of his information to the Government, all the while being utterly oblivious of the fact that he is doing so. Just consider this:

Employing tools threateningly named, TURBULENCE, TURMOIL and TURBINE, the NSA tracks and evaluates the URL typed by a user in her browser window. Gatekeepers at an invisible firewall, these tools scan the relevant metadata embedded within the user’s request, for selectors or criteria, meriting further scrutiny. These selectors are the sole preserve and prerogative of the NSA. Upon identifying selectors, that are, in the opinion of the people at the NSA, ‘suspicious’, the users request is ‘tampered’ with using malware programs decided by complex algorithms. The end result of this extremely convoluted process as per Mr. Snowden is: “you get all the content you want, along with all the surveillance you don’t, and it all happens in less than 686 milliseconds. Completely unbeknownst to you.”  Just pause for a while to assimilate and absorb the essence of this phrase: “COMPLETELY UNBENOWNST TO YOU.”

Mr. Snowden narrates the conundrum he faces in trying to reconcile between the discharge of his duties, – which involves incorporating more layers of sophistry that aid and abet a brazen and universal intrusion of privacy – on the one hand and the preservation of the Constitutional ethos that guarantees the right to privacy to all citizens. Discussing the modus operandi followed by the Government in recruiting technology professionals, Mr. Snowden elaborates in generous detail, the employ of outside contractors. Mr. Snowden himself, was contracted by Dell, although spending his entire professional career with the NSA.

Mr. Snowden also lays bare a few euphemisms used by the Agency to justify their methods as they go about their dark acts. Plain acts of kidnapping are given the esoteric cover of “extraordinary rendition”, while “bulk collection” refers to mass surveillance. You better say every single prayer upon hearing the words “enhancement interrogation” for in plain speak it means torture.

It was the spectre of 9/11 that instilled in Mr. Snowden an urgent sense of national duty; a fervent desire to assist his nation in bringing all those culpable and heinous deviants to book. However, the initial burst of effervescence fizzes out as Mr. Snowden realises that the means to accomplish the end are unacceptable, even though novel. As Mr. Snowden puts it, while nearly three thousand people perished as a result of 9/11, over a million more have been killed in the course of America’s response. “The two decades since 9/11 have been a litany of American destruction, with the promulgation of secret policies, secret laws, secret courts, and secret wars, whose traumatizing impact – whose very existence – the US Government has repeatedly classified, denied, disclaimed, and distorted.”

In the NSA, Mr. Snowden obtains the pinnacle of all clearances “TS/CSI”, a pre-requisite for handling highly classified and sensitive data. It is this very access that results in Mr. Snowden experiencing an almost philosophical epiphany concerning the workings of his employers. While based in Japan, he stumbles upon a sensitive document dealing with a government inquiry into the controversial “President’s Surveillance Program” (PSP), a programme instituted by the Bush administration following the catastrophe of 9/11. Mr. Snowden comes to the mind-bending realization that, the difference between the classified version and the one released to the public for consumption, is chalk and cheese. The classified version provided “a complete accounting of the NSA’s most secret surveillance programs, and the agency directives and Department of Justice policies that had been used to subvert American law and contravene the US constitution”.

The closing chapters of “Permanent Record” seem straight out of a James Bond novel. After having decided to spill the beans, Mr. Snowden walks the tightrope in transferring the documents he proposes to leak to the public, from the vaults of the NSA to his personal laptop. A series of indescribably complex maneuvers – involving converting his car into a roving Wi-Fi sensor and driving around like a madman with a high powered antenna and magnetic GPS sensor slapped atop the car’s roof; storing 20 * 21.5 mm Secure Digital Cards amongst other places, in his sock, within the confines of a prised off square of a Rubik’s Cube and even inside his cheek – so that in times of emergency he can swallow the whole card – and contacting journalists under a variety of identities (“Cincinnatus”, “Citizenfour” and “VERAX”) – makes for some head-spinning and rousing reading.

At the time of writing this review, a very hefty and heavy price has been exacted out of Mr. Snowden for his act of transparency. Living in obscurity in Moscow, the one silver lining in an otherwise sordid saga, has been for Mr. Snowden, his marriage to Lindsey, his longtime girlfriend. The Justice Department has also filed a civil lawsuit against Edward Snowden seeking recovery of all proceeds from the sale of his book. The Justice Department has alleged that the memoir was not submitted to the CIA or NSA for pre-publication review, a required practice among former employees of intelligence agencies.

Mr. Edward Snowden might be a man without an identity. But with his one act of pellucidity, he has ensured that there would never be an erasure of the “Permanent Record” which highlights the peril that mass surveillance has imposed upon a gullible and unwitting segment of the population by rampantly impinging upon and interfering with their one seemingly inalienable right – the right to absolute privacy.