Station Blackout: Inside the Fukushima Nuclear Disaster and Recovery – Charles A. Casto 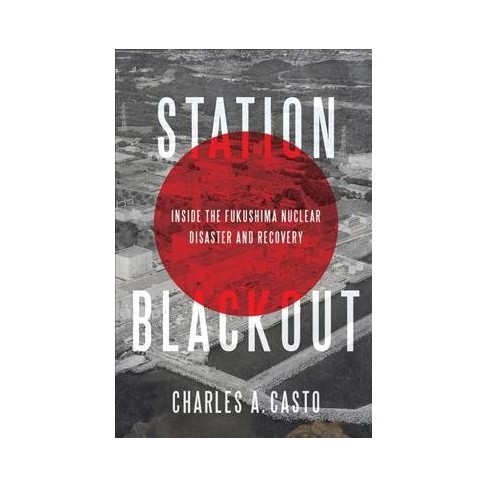 On the 11th of March, 2011, an earthquake of a magnitude hitherto unseen, ravaged the prefecture of Fukushima. The dust had barely settled upon the havoc wreaked by the mega earthquake, before monster tsunami waves as tall as 45 feet whipsawed the region decimating everything that was in its wake. Unfortunately standing in the wake of Mother Nature’s wrath were two powerful Nuclear Power Plants, Fukushima Daiichi and Fukushima Daiini. The Tsunami knocked out Fukushima Daiichi’s electrical power, along with the safety systems of all the reactors. Buildings exploded releasing it their wake unknown levels of radiation across the countryside.

With a view to assist Japan tide over this extraordinary crisis, United States instituted a joint operation titled “Operation Tomodachi (literally “Operation Friend(s)”). The operation took place from 12 March to 4 May 2011; involved 24,000 U.S. service members, 189 aircraft, 24 naval ships; and cost $90 million. Charles Casto, formerly of the US Nuclear Regulatory Commission was part of Operation Tomodachi executing the role of a nuclear expert supporting the Japanese government, following the earthquake and tsunami in Fukushima in 2011. In his revealing book, “Station Blackout”, Mr. Casto holds forth on the magnitude of the disaster and the magnificence of the heroics displayed by both the Japanese and Americans in curtailing what otherwise would have been a catastrophe. Mr. Casto considers the events of 3/11 the “Quintuple Disaster”, because, “in reality five events were unfolding simultaneously: the earthquake and the tsunami, plus, nuclear, social, and policy crisis. The social and policy problems were part of a ‘system failure’ surrounding the accident, similar to the one we experienced during our own Hurricane Katrina – i.e. local, state, and federal policy all failed.”

The heroes of Fukushima represented a myriad assemblage. Taylor Anderson and Monty Dickson, both Americans and both in their early twenties, were English teachers in Japanese elementary schools. Donning the mantle of early responders these two brave souls sacrificed themselves in an attempt to save school children when they were swallowed up by the giant waves. Mr. Casto describes the leadership qualities displayed by the people at ground zero, to be one “in extremis.” This kind of leadership also known as extreme-crisis leadership, is defined as “a discrete episode or occurrence that may result in a great and intolerable magnitude of physical, psychological, or material consequences to or in close physical or psycho-social proximity to organization members.”

Mr. Casto, in particular dwells at length about the leadership abilities of three important leaders. Ikuo Izawa at Daiichi was a control room shift supervisor for Units 1 and 2. Employed by Tokyo Electric Power Company (“TEPCO”), Izawa showed tremendous calm and ingenuity in the aftermath of the disaster. Takeyuki Inagaki, a maintenance manager was responsible for the recovery strategies from the Emergency Response Centre (“ERC”). Masuo Yoshida, site superintendent at Daiichi was the third important personality who punched beyond his weight. Mr. Casto also highlights the perils of a lack of leadership during unpredictable chaos. For example, upon hearing the magnitude of the disaster the Prime Minister of Japan at the time reached out to the ERC, only to, “commence shouting, blaming, and criticizing everyone involved.” Mr. Casto adds, “they (ERC) later told me that this was not the kind of leadership they needed at this point; it was not real leadership at all.” On the other hand, the workers at the site itself showed exemplary courage and extraordinary resilience. “At the time of the earthquake, there were around 2,000 workers at the plant, including about 400 technical workers. Some 250 of these were official members of the emergency response team, and they gathered at the ERC. The remaining 150 evacuated to a baseball field nearby. Virtually no one left the site within the first hundred hours…. The first technique that Masuda used to try to comfort the workers was to be transparent about the conditions. He actually used a whiteboard to log each aftershock and the height of the tsunami that followed, so that he could show the workers that the aftershocks were somewhat subsiding and the conditions were not getting worse.

So that was one of the techniques he used in the transparency area. So what you learn from that, and what we talk about in the article, is that information is an antidote to fear. So the more information you can give workers, the more comfortable they’ll feel and be ready to face whatever challenge that comes.

As Mr. Casto elaborates, confusion reigned on both the American and Japanese sides. “It appeared that pandemonium was rampant in Washington. I noticed that the less data there was, the more confusion, and came to call this the Casto Pandemonium Curve.” With a view to minimizing such confusion & maximizing clarity, Mr. Casto introduced the mechanism of “listen, learn, help and lead.” This meant, “listen from their perspective, learn the issues as they see them, help them solve the issues as they see them, and then perhaps with the trust that this process builds, lead the way to a good solution.”

The need for quicksilver thinking and employ of ingenuity may at times necessitate a direct disobedience of orders. The move by (TEPCO), to use seawater doped with neutron-absorbing boron in the reactors’ pressure vessels because the normal and auxiliary cooling systems, which circulate purified water to keep the fuel rods from melting down, failed, was in direct contravention to an order issued by the Prime Minister himself.

Mr. Casto’s book, while not dealing with the nuts and bolts of the disaster itself chooses to focus on the consequences of extreme-crisis leadership and focused co-operation. While thousands of unsuspecting people lost their lives following the earthquake and tsunami, not a single death resulted from radiation exposure itself during the accident. The cancer rates are also expected to be kept in check and not rise appreciably. Japan’s Nuclear Safety Institute (“JANSI”) has evolved into an organization equal in competence to NNSA in the United States.

“Station Blackout” is a stirring testimony to the courage, capability and composure of humanity in the face of unimaginable adversity.