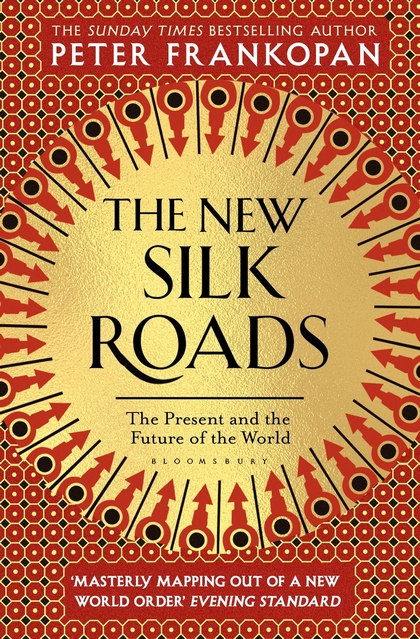 Waxing eloquent about China’s astonishingly grandiose Belt and Road Initiative, which is both colossal in its sweep and gargantuan in its wake, Helga Zepp-LaRouche, president of the Schiller Institute think tank in Germany, said, “the Belt and Road Initiative will continue to grow and become a true world land bridge. It not only brings economic prosperity to all participating countries, but also serves as a true basis for a peace order for the 21st century.”

Peter Frankopan, author of the bestselling book, “The Silk Roads – A New History of the World”, seeks to unwrap and dissect the Socio-cultural and political aspects that lie hidden behind one of the most (if not the most) ambitious projects ever embarked upon the history of mankind. The Belt and Road Initiative proposed by China and President Xi Jing Ping, audaciously attempts to not only bridge the past with the present, but also seeks to shape the future in a manner un-envisaged and unimaginable. While many expert political commentators feel that the initiative is a dangerous ploy to restore China’s ‘rightful’ place in the political and economic scheme of things, more liberal policy experts of the likes of Zepp-LaRouche opine that the mega project may usher in a new and peaceful world order. Mr. Frankopan also highlights the rapid shift in the balance of economic power from the West to the East. While many of the most reputed vineyards in Bordeaux are now the properties of influential and affluent Chinese – of the likes of Jack Ma and Zhao Wei – one of England’s most famous football clubs, Manchester City is owned by Mansour bin Zayed al Nayhan, the deputy Prime Minister of the United Arab Emirates. Or take the case of Iranian businessman Mehrdad Safari. In February 2017, he so liked an apartment which he had rented in a tower in Istanbul, he “bought the entire block for $90 million (excluding VAT). The sands of prosperity are slowly but steadily scattering across the East.

But as Mr. Frankopan brings to his reader’s attention, a Brexit obsessed and Trump intoxicated world is too busy entangled and enmeshed in its own closeted affairs to pay attention to the paradigm if not tectonic shift that is characterizing the geo political landscape of the world. As an analogy for highlighting this ‘Eastward’ shift, Mr. Frankopan invokes the signature tune of the 1993 Disney film Aladdin, where Aladdin sings “A Whole New World”, to Jasmine. The continuing rise of countries such as India, South Korea and Taiwan, along with the behemoth China, signifies an inexorable tilt towards the tenet that “The Future is Asia.”

Mr. Frankopan in a measured and admirably informed manner, endeavours to demonstrate to his readers both the advantages and perils dotting the BRI landscape. As Mr. Frankopan points out, “Over 80 countries are now part of the initiative, ”.. This accounts for greater than 63% of the world’s population and 29% of its global economic output. As Mr. Frankopan points out, the projects envisaged by a mutual co-operation amongst the participation nations is eye-popping in both size and scale. The Trans-Anatolian Pipeline (“TANAP”) links the Shah Deniz II gas field in Azerbaijan with south-eastern Europe. “A new ‘International North-South transport corridor’ proposing to connect South East Asia and Northern Europe, is expected to net a whopping $2 billion in transit fees alone to Iran. A spanking new sixteen-lane expressway costing a cool $2.4 billion is expected to link Ashgabat with Turkmenabat. But as Mr. Frankopan warns, not everything about the Belt Road Initiative is hunky dory. The projects littering the pathway of the BRI have been mired in conspiracy and murkiness. Countries have come dangerously close to being wrapped in a nefarious debt trap leading to a situation of neo-colonisation. Following a humongous and mind numbing scandal involving a sovereign wealth fund – and one that caused a Prime Minister both his job and reputation – Malaysia terminated an original contract awarded to China Communications Construction Company (CCCC) for working on the East Coast Railway Link (ECRL). The Government also sought to halve the estimated project cost of S$27 billion $13 billion. Or take the case of Sri Lanka. In December 2017, Sri Lanka formally handed control of Hambantota port to China in exchange for writing down the country’s debt. Under a $1.1 billion deal, Chinese firms now have a 70 percent stake in the port along with a 99-year lease agreement to operate it. But as Cambodian prime minister Hun Sen says: “Other countries have lots of ideas but no money. But for China, when it comes with an idea, it also comes with the money.” In 2017, Starbucks announced that it would open 2,000 stores in China by 2021 – this means a new Starbucks outlet every 15 hours.

Yet China denies that it is out to either destabilize or interfere with the internal affairs of the countries it professes to partner with in its imperial initiative. As Mr. Frankopan points out, “Xi has insisted that China’s investments in sub-Saharan Africa are guided by a policy of “no interference in African countries’ internal affairs; no imposition of our will on African countries; no attachment of political strings to assistance to Africa; and no seeking of selfish political gains””.  But it was precisely with a determined and avowed objective of laying their hands upon the resources in a country that the British Empire embarked upon their untrammeled march across each of their colonies.

Mr. Frankopan does not pull any punches either in holding forth over the lamentable human rights records of China. The “re-education camps” into which a greater number of 100,000 Uighur Muslims in the western provinces have ‘disappeared’ gets a somber mention, as does the overt and covert role played by Russia in the civil conflict ravaging Syria.

The Asian environment that is agog with optimism is not without reason. As Mr. Frankopan asserts, “some 65 to 70% of proven oil and gas reserves, half of global wheat production, nearly 85% of global rice production; some three-fourths of silicon and rare earths, plus a lion’s share of opium poppy production.”

Mr. Frankopan’s “The New Silk Roads” provides more than just a glimpse into the future that is at once appealing as well as apprehensive, in equal measure.