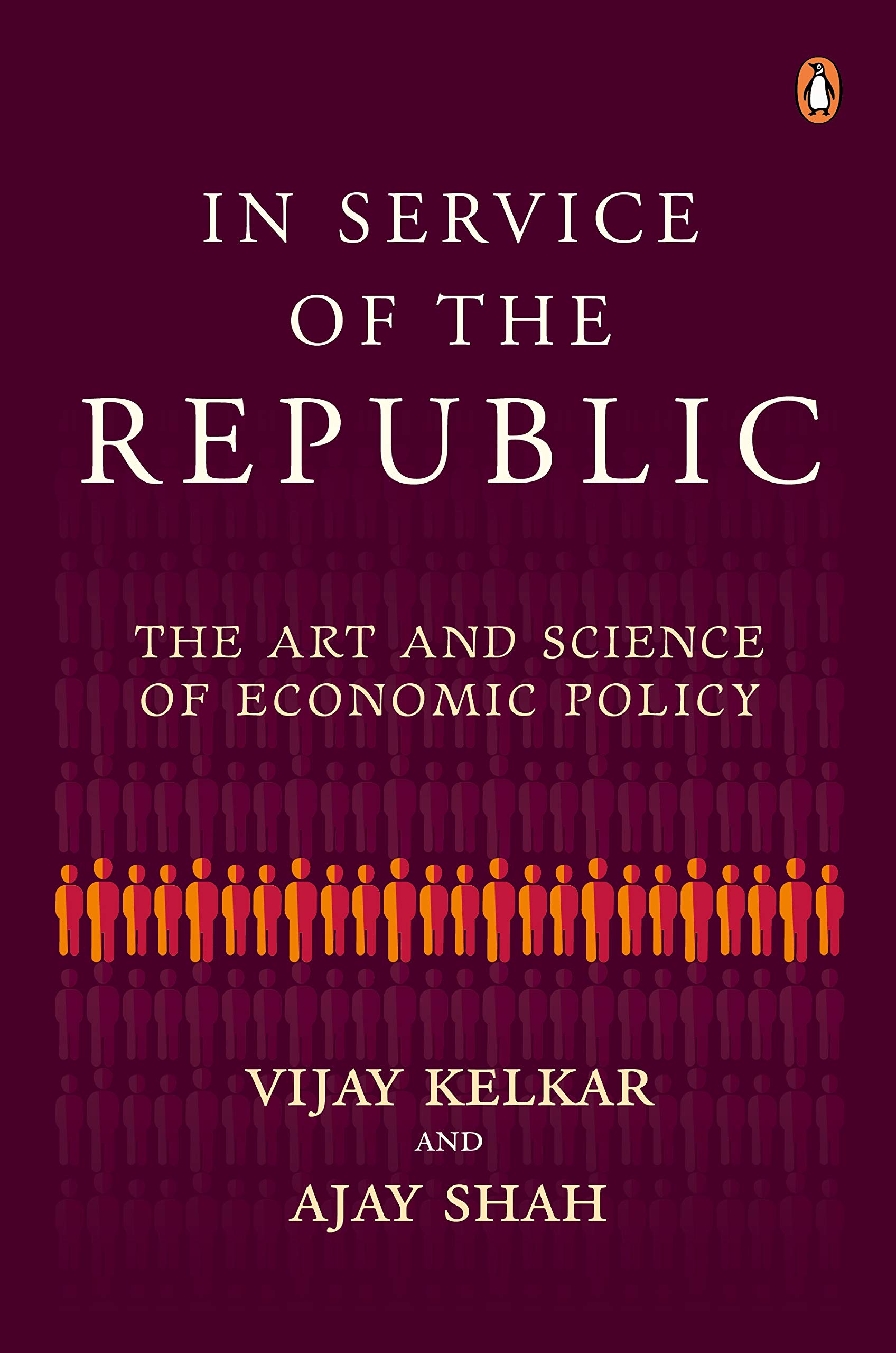 In their thought provoking and densely technical book titled “In Service of the Republic”, former Finance Secretary to the Government of India, Vijay Kelkar, and Professor at National Institute of Public Finance and Policy in New Delhi, Ajay Shah track the trajectory of the Indian economy, alluding in particular to the ‘reversals’, which the country has suffered since 2011, following an exemplary growth spurt following liberalization. The authors also offer prescriptive structural and institutional measures to get the rails back on track.

A great portion of the book is devoted to explaining the functions of the state and an imperative need to instill implementable measures of checks and balances in a state’s working. According to the authors, “all state activities fall into two categories. In the first case, the state can use force to modify behaviour. A law can be enacted, that forbids a certain activity (e.g., killing, defamation or sedition) and threatens violators with punishment ranging from monetary penalties to imprisonment to death. In the second case, the state obtains tax revenues and spends this money in certain ways. But obtaining tax revenues is itself done through the threat of violence. The state demands that residents must pay certain taxes, and threatens us with monetary penalties or even prison time if these demands are not complied with. The big idea of liberal democracy is to limit state violence into a controlled, predictable and just form. In an ideal democracy, we consent to an ethical regime of coercion. When the checks and balances surrounding the state are imperfect, state violence can be applied in unjust ways.”

Terming economists in India to be ‘doctors without stethoscopes’, Mr. Kelkar and Mr. Shah identify the core reasons for public policy failures in the Indian economy. The authors expound that the quintessential reasons behind policy paralysis in India is a conflation of five key factors:

The authors repeatedly stress upon the need for authentic, reliable and measureable data in order for meaningful conclusions to be drawn regarding the progress, or the lack of it, of the economy. This facet is an indispensable necessity especially while tackling issues of seminal importance. Prior to instituting and implementing any reform, the policy mavens need to ask the following questions:

Mr. Kelkar and Mr. Shah bemoan the lack of a systematic process leading to an absence of posing the aforementioned questions prior to the unleashing of a policy reform. The authors also highlight that many of the draconian and ante diluvian measures that reared their ugly heads during the license-permit-raj era even now continue to rule the roost, albeit in a diluted and disguised form. While the process of liberalization ushered in a new era of free market philosophy, and tempered the intervention of the state in the working of the economy, there still continues to exist a more than “light touch economic regulation” by the State leading to roadblocks and stumbling choke points.

The authors also cite the examples of demonetization and the Goods and Services Act as a classic case of ushering in a measure without analyzing the potential ramifications and outcomes.

A very interesting point made by the authors that makes a reader sit up and ponder is what they term ‘the under-supply of criticism,’ While it is universally recognized that dissent is the corner stone of any democracy, the authors argue that an absence of criticism or an under-supply of criticism in any society represents a market failure. Citing the example of Xu Zhangrun, a law professor at Tsinghua University in Beijing, the authors underscore how the absence of criticism impairs the functioning of a market. “In July 2018, Xu Zhangrun wrote a tough review of the hardline policies of Xi Jinping, the revival of communist orthodoxy and the adulatory propaganda surrounding Xi Jinping and the regime. Prof. Xu Zhangrun’ s essay has text such as: ‘People nationwide, including the entire bureaucratic elite, feel once more lost in uncertainty about the direction of the country and about their own personal security, and the rising anxiety has spread into a degree of panic throughout society.’ Such writing by intellectuals is the essence of building a civilized society, and imposes positive externalities upon the Chinese populace. However, Prof. Xu Zhangrun is alone in facing the attacks from the regime. He has been suspended, barred from teaching, investigated and barred from leaving the country. The externalities do not accrue to Xu Zhangrun, while the costs do. A few academics are courageous and speak up like this, but most would prefer silence.”

The authors, however come across as placing undue emphasis on Gross Domestic Product (“GDP”) as a barometer of progress. Readers may recall that as early as in February of 2008, when the world was racked by a financial recession of dangerous proportions, President Nicolas Sarkozy of France tasked Nobel Prize–winning economists Joseph Stiglitz and Amartya Sen, along with the distinguished French economist Jean Paul Fitoussi, to establish a commission of leading economists to study whether Gross Domestic Product (GDP)—the most widely used measure of economic activity—represented a reliable indicator of economic and social progress.

The Committee in a book titled “Mismeasuring Our Lives” provides a radical assessment or rather reassessment of the limits of GDP as a measurement of the well-being of societies. The authors propose a new slew of concepts ranging from sustainable measures of economic welfare, to measures of savings and wealth, to a “green GDP.” Even countries such as Bhutan have shifted emphasis from GDP to more deservingly alluring and logical measuring parameters such as Gross Happiness Index (“GHI”) to assess the holistic progress of the nation.

“In Service of the Republic” is an erudite work by two eminent economists, that makes for a necessary addition to anyone interested in embellishing the economic, political and social progress of India.