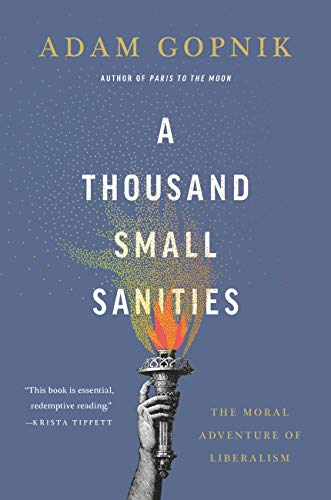 We seem to be living in an age of ‘cancellations.’ If the rabid Coronavirus is not busy cancelling our well laid out plans, we seem to be busier cancelling out each other. The Left brigade unsatisfied in its pursuit of cancelling the Right, is now steadfast in going after its own creed. What’s Left over after not being the target of the Left is derisively labelled as “Woke” and is in spectacular irony hunted down by the “Wokes” themselves! What an era of paradox mankind seems to be inhabiting. In the words of the irreverent and inimitable Matt Taibbi, “On the other side of the political aisle, among self-described liberals, we’re watching an intellectual revolution. It feels liberating to say after years of tiptoeing around the fact, but the American left has lost its mind. It’s become a cowardly mob of upper-class social media addicts, Twitter Robespierres who move from discipline to discipline torching reputations and jobs with breathtaking casualness.”

Liberty, and its natural concomitant liberalism, however, is not a zeitgeist that loses its temporal worth once it has outlived its utility. Passé! Instead it is the very gestalt upon which humanity bases both its credence and claims. Immutable yet inevitable; intangible yet indispensable. It is to this gestalt that acclaimed New York Times journalist, Adam Gopnik pays unashamed homage in his stirring work, “A Thousand Small Sanities.” Evoking the benevolent John Stuart Mill & the irreverent David Hume, Mr. Gopnik a la Ta Nehisi Coates pens a letter to his daughter waxing eloquent about liberalism. Mr. Gopnik begins his defense of liberalism with a paean to the immortal couple, John Stuart Mill and Harriet Taylor. Mr. Gopnik does not however defend liberalism with a vigour bordering on the biased or with a frenzy that is a synonym for the irrational. He evaluates the arguments posited by the anti-liberals both on the Left as well as the Right before refuting them methodically and yet being mellow all the while. Brooding on why ‘The Right Hates Liberalism’, Gopnik abridges the conservative lament. He posits that those ‘treating millennia-old beliefs as though they were as disposable as Kleenex’ need to talk to, or at least read, some actual liberals. Quoting Mill in On Liberty: ‘It would be absurd to pretend that people ought to live as if nothing whatever had been known in the world before they came into it; as if experience had as yet done nothing towards showing that one mode of existence, or of conduct, is preferable to another.’

Similarly, Mr. Gopnik takes the Left head on in their objections to the liberalism’s ‘fallible’ nature. One of left wing’s favourite gripe against liberalism stems from a perception where liberalism is viewed as a dogma that enriches and embellishes the privileges of old white men. Britain’s colonial conquests that left more than half of the world reeling under the catastrophes of induced famine and internecine civil strife being a classic case in point. However, the Left is caught off guard when Mr. Gopnik points out the futile bent of the left towards ‘intersectionalism.’ ‘Intersectionalism in a sense does not go far enough,’ Gopnik writes. ‘There are countless nodes on the network of social categories. We call each one a person.’ This is also the very reason why  Bayard Rustin leaves a memorable imprint in Mr. Gopnik’s book as an indomitable protagonist standing up for the ideals of liberalism. As Mr. Gopnik himself reveals in an interview, “Rustin now looks like a fount of common sense. You know, he’s a totally, in the proper sense, radical figure. He organizes the March on Washington. He goes to prison 24 times. In no imaginable sense is he a centrist. But when black nationalism becomes the dominant strain, he says, “This makes no sense for us as a people. To be isolated outside a broader coalition of progressives.” And he was excommunicated, again, from the movement for saying that and he remains a staunch member of the Democratic Party and, not least, vehemently anti-communist throughout his entire career”

An arresting feature of the book is the employ by Mr. Gopnik of some stellar albeit eclectic figures who have unassumingly, but powerfully stood up for liberalism. The philosophy espoused by the likes of Frederick Douglass, Bayard Rustin, John Stuart Mill, Robert D. Putnam, Michael de Montaigne, Benjamin Disraeli, Philip Roth, George Eliot, Harriet Taylor, G.H. Lewes, and Jürgen Habermas, illustrates in a striking manner how liberalism transcends from something that is a mere lip service for free markets, and distinguishes itself as an inclusive, embracing tenant that keeps bigotry at bay.

The very fact that discourses are being held across the world at the time of this writing over matters that were hitherto considered sacrilegious – such as the rights of and privileges for LGBTQ, the case for and against abortions, discrimination against people based on caste, creed and colour – bear monument to the distance liberalism has traversed in its attempt to instantiate an element of inclusiveness even among warring factions. This concept is illustrated by the painstakingly elaborate and telling definition of liberalism itself:

“Liberalism is a fact-first philosophy with a feelings-first history. Liberal humanism is a whole, in which the humanism always precedes the liberalism. Powerful new feelings about a compassionate connection to other people, about community, have always been informally shared before they are crystallized into law. Social contacts precede the social contract. Understanding the emotional underpinnings of liberalism is essential to understanding its political project.”

The objective of liberalism according to Mr. Gopnik is to achieve by gradual and non-violent means, “(imperfectly) egalitarian social reform and ever greater (if not absolute) tolerance of human difference.” Thus, for the author, For Gopnik, liberalism is neither a complex and esoteric doctrine, a set of abstract principles, nor a group of fixed political institutions, but it is the very way of life.

We tend to concur!

(A Thousand Small Sanities – Adam Gopnik is published by Basic Books, an imprint of Perseus Books, a subsidiary of Hachette Book Group Inc and will be released on the 14th of July 2020.)