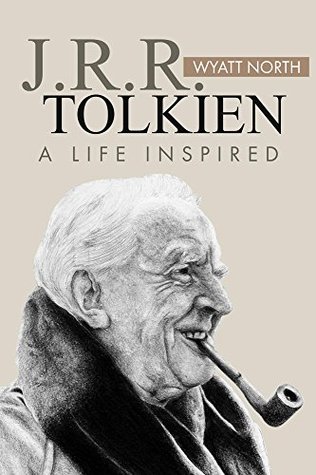 John Ronald Reuel Tolkien has carved out a niche as the unmatched pioneer of the ‘legendarium’. With his best immortal epics “The Hobbit” and “The Lord Of The Rings”, Tolkien has spawned the emergence of a whole new culture, or rather a counter-culture. While there cannot be many on the Planet boasting ignorance regarding the fascinating happenings involving the elves and dwarfs, the creator of this humongous myth remains unobtrusive. Although this is exactly how Tolkien wanted events to pan out, allowing such a status quo would amount to an inexcusable travesty.

Wyatt North in this short primer sets out precisely to remedy such mischief. The veil shrouding the man is pierced just enough to provide a tantalising insight and provocative peek into the wonderful life of J.R.R.Tolkien. From a humble beginning as a child losing his father at a tender age, to weaving a breathtaking tapestry of mercurial fantasy, Tolkien’s experiences both influence and inspire.

The chapters dealing with the formation of the Tea Club ans Barrovian Society (“TCBS”) where Tolkien spun his magical yarn much to the appreciation of the Club’s close knit fraternity (the most famous one being C.S.Lewis), the disintegration of the Club due to tragic circumstances caused by the First World War make for some poignant reading. Tolkien’s devotion to his wife Edith and his insatiable love towards his children (the result of which was a flurry of bedtime stories leading to the Hobbit) is delightfully engaging.

Bilbo Baggins might have been a name inspired by a sword from Bilbao possessed by Tolkien, but English literature owes a huge debt of gratitude to an original inspiration and sheer genius that has virtually birthed a new genre of blistering writing! Thank You Mr.Tolkien!