It was a beaten down path. Beaten down by the excoriating heat of the sun; by squalls of driving rain that brought along with them howling gale force winds; and most of all by indifferent treads of tyres and innumerable pairs of studs and spikes that had become poor, yet affluent synonyms for exercise and health.

But of late the road which was creaking and groaning under the weight of activity had peculiarly been beaten down by stillness and quiet. People had stopped walking, and running. Unblinkingly staring into luminous screens, homo-sapiens were laughing, fighting, venting, jeering and deliberating with unseen chat bots, hidden algorithms and obscure manipulators.

Nature was being sacrificed at the altar of cutting edge finagling. Man was ensnared in the cozy assumption of freedom when freedom was all but obfuscated. Only the twigs that lay scattered on the beaten down path seemed unshackled and unbound.

Written as part of the Crimson’s Creative Challenge #42 More details regarding this challenge may be found HERE. 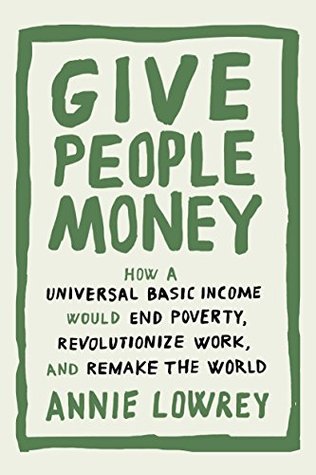 According to Jason Hickel, an anthropologist at the London School of Economics and a Fellow of the Royal Society of Arts, global inequality, has attained damaging and dangerous proportions. In a fascinating piece titled, “How Bad is Global Inequality, Really?” and published on his website, Mr. Hickel observes that, “the poorest 60% – the ones depicted as the “winners” in the elephant graph – continue to live under the poverty line of $7.40 per day (2011 Purchasing Power Parity).” The elephant graph here refers to a famous and popular graph, originally developed by Branko Milanovic and Christoph Lakner using World Bank data.  This graph charts the change in income that the world’s population have experienced over time, from the very poorest to the richest 1%. Mr. Hickel’s findings paint an extremely somber picture. In his own words, “…the top incomes… well, they have grown by what can only be described as an obscene amount, with millionaires doubling or tripling their annual incomes, gaining some 14,000 times more than the average person in the poorest 60% of the world’s population”.

Whilst umpteen number of measures, ranging from the well intentioned to the ill-conceived have been promulgated over the years to extricate humanity from the pernicious swamp of poverty, there seems to be no ameliorating improvements in so far as outcomes are concerned. While a teeming mass of humanity have been released from the clutches of impecuniosity, the progress has, unfortunately been restricted to a few geographies in general, and the emerging economies, in particular.

A tool for alleviating penury and leveling income inequality, that has recently shot into prominence, is the Universal Basic Income (“UBI”). Annie Lowrey, a journalist covering politics and economic policy for The Atlantic Magazine, in her extremely readable book, “Give People Money”, infuses a new and refreshing breath of life into the concept of UBI. Taking an unbiased, impartial and critical stance, Ms. Lowrey evaluates the merits of UBI as an implementable policy mechanism and concludes that this measure ought to be introduced to supplement – if not supplant – the various means tested benefits that exist by the dozen today. Although a book primarily focused on and having at its core, the American context and economy, “Give People Money” also takes its author to the scorched earth of Kenya and the rural hinterlands of India, as she explores the success and failures of various pre-existing Government sponsored schemes direct benefit transfers.

In Kenya, Ms. Lowrey meets with various beneficiaries and recipients of a UBI experiment instituted by the US non-profit organization, Give Directly. Set up by Harvard University and Massachusetts Institute of Technology graduates, Give Directly remits substantial, and unconditional payments via mobile phones to impoverished villagers hitherto surviving – or gallantly attempting to – on a pittance of 60 cents a day.

She visits rural India, getting herself acquainted with complex poverty eradication schemes such as the Mahatma Gandhi National Rural Employment Guarantee Schemes (“MNREGA”), rations of reduced price staples such as rice, wheat, salt, sugar etc. distributed via the ubiquitous Public Distribution System (“PDS”) and above all, the sophisticated cloud-backed biometric ID system called Aadhaar, employing which States have started to link their anti-poverty Programme to the system. Piloted and pioneered by Nandan Nilekanan an Indian entrepreneur, bureaucrat, politician and also the co-founder of Infosys, an Information technology behemoth, the Aadhaar system, in the words of the former Chief Economist at the World Bank, Paul Romer, “is the most sophisticated that I’ve seen”. The basic purpose underlying Ms. Lowrey’s travels is to ascertain whether UBI passes muster vis-à-vis the mixed results of government subsistence programmes.

From Maine, Ms. Lowrey brings to us the harrowing story of Ms. Sandy Bishop. A disabled woman, Ms. Bishop narrates in a heart wrenching manner how she keeps losing food stamps, courtesy the maze of paperwork involved. The banal and absurd degree of bureaucracy permeating systems makes it next to impossible for the neediest and desperate to access assistance even when such help is at hand.

In an age where minimum wages ironically mean just that – minimum – Ms. Lowrey demonstrates a strong bargaining power which could be ushered in courtesy, UBI. This is highlighted with a powerful example of how a family ought not to be going about its lives. The Ortizes, in downtown Houston, hustle and bustle their way through a staggering eight jobs at once! The children are not spared even – forced to sacrifice at the altar of a low paying fast food job, the precious benefits of procuring an education. UBI for this family would be an indispensable boon.

As Ms. Lowrey informs us in dangerous detail, the need for a UBI may soon attain an attribute of inevitability than remaining at the periphery as a viable option. With untrammeled progress and frightening advances being made in the complex fields of Artificial Intelligence, Machine Learning and Deep Learning, the world is in for a massive job substitution where robots will take over both blue collared as well as white collared jobs. Ms. Lowrey forecasts that self-driving vehicles alone could wipe out between 2.2 to 3.1 million jobs in the US. Hence the prevalent redistribution policies employed by the state would not attain either the requisite level of traction or the desired length of sustainability to pose a formidable defense to this looming threat of structural unemployment.

The proponents of and for UBI are slowly, but steadily making their arguments known and felt in all the relevant places such as Corporate Boardrooms, Parliaments and the portals of renowned and progressive think-tanks. The Economic Security Project, a new UBI think-tank, deliberates thus: “In a time of immense wealth, no one should live in poverty, nor should the middle class be consigned to a future of permanent stagnation or anxiety.” Michael Faye, the co-founder of the intrepid GiveDirectly that is piloting its UBI in Kenya, tells Mr. Lowrey, “We could end extreme poverty right now, if we wanted to.” Philippe Van Parjis and Yannick Vanderborght make an arresting case for the implementation of UBI in their best-seller, “Basic Income: A Radical Proposal for a Free Society and a Sane Economy” Adding to an already burgeoning number are stellar thinkers such as Nick Srnicek and Alex Williams, the authors of “Inventing the Future”, Rutger Bregman, and Guy Standing, a long standing member of BIEN, the Basic Income Earth Network, a primary body advocating for UBI.

While there is an unhesitating recognition of an urgent imperative to make lives better and obliterate avoidable tragedies, we still seem to be entrenched in the dogma of means testing schemes and benefits thereby shying away from instituting complementary or even competing schemes such as the UBI. An as Ms. Lowrey brilliantly emphasizes, the sooner we change this mind set, the better it will be for humanity.