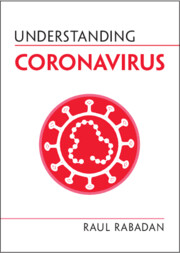 A very concise and clear book, rather a handbook on the pandemic that has put the entire world in a tailspin. Since the time the first cases of COVID-19 were unearthed in the Hubei province of Wuhan, surmises, conjectures and conspiracy theories have abounded about the origin, nature and trajectory of the pandemic that in transmissibility has taken the entire planet by devilish storm. At the time of writing this review, more than sixteen million spanning 215 nations have been afflicted with this virus with close to 650,000 succumbing to it. Even as the medical and scientific community is racing against time to develop a vaccine/drug for this highly infectious virus, the discourse surrounding the same has taken on contours ranging from the sublime to the silly.

In his book, “Understanding Coronavirus”, Professor in the Departments of Systems Biology and Biomedical Informatics at Columbia University, Raul Rabadan tries to set matters straight. Mr. Rabadan us also the Director of the Program for Mathematical Genomics at Columbia University. A former fellow at the Theoretical Physics Division at CERN, the European Organization for Nuclear Research, in Geneva, Switzerland, Mr., Rabadan joined the School of Natural Sciences at the Institute for Advanced Study in Princeton, New Jersey in 2003. He has been faculty at Columbia University since 2008. He has been named one of Popular Science’s Brilliant 10 (2010), a Stewart Trust Fellow (2013), and he received the Harold and Golden Lamport (2014), Diz Pintado (2018) and Phillip Sharp (2018) awards. Impeccable credentials indeed. In a language that is easy and bereft of alphabet soup and “medicine speak”, Mr. Rabadan handholds his readers through the basics of the workings of the corona virus and a possible cure.

As Mr. Rabadan informs his readers, that “at the end of December 2019, an outbreak of pneumonia cases of unknown origin was reported in Wuhan, Hubei province, China. The patients presented with high fever and had difficulty breathing. Most of these cases were related to the Huanan Seafood Wholesale Market, where, in addition to seafood, a variety of live animals were also sold. Other infections occurred in people staying at a nearby hotel on December 23–27. All tests carried out by the Chinese Center for Disease Control and Prevention for known viruses and bacteria were negative, indicating the presence of a previously unreported agent. A month later, by the beginning of February 2020, the virus was found in several countries across the globe, and on March 11, 2020, the World Health Organization (WHO) declared it a global pandemic. The disease caused by the new coronavirus was called coronavirus disease 19, or COVID-19.”

If any of you wondered how the viruses are named, you need not look beyond Mr. Rabadan’s book. The International Committee on Taxonomy of Viruses (ICTV) represents a group of experts that determine how to name and classify viruses based on a series of criteria, including the similarity with other viruses and the hosts they infect. The committee on taxonomy of viruses determined on February 11, 2020 that the new coronavirus responsible for the outbreak in Wuhan in December 2019 belongs to the existing species of SARS-like viruses.

Mr. Rabadan goes on to highlight the various factors associated with the virus such as the basic Reproduction rate, the transmissibility potential, the myriad health care initiatives undertaken by countries across the globe in response to this virus, the progression of the disease, the most vulnerable segment of the populace and the limited risk mitigation measures by way of treatment that we have at our disposal. Mr. Rabadan also dispels the myth that COVID-19 is akin to Influenza in its working. To paraphrase him, “these are very different viruses. Influenza viruses are similar in size to coronaviruses, but the genome of influenza is much smaller, with only 13,000 nucleotides split into eight different segments. The replication strategy, the way of entering the human cells, and the range of hosts are very different from SARS-CoV-2. Influenza and coronaviruses are two very different viruses, belonging to two very different families and having very different means of entering cells and replicating. They also encode their genomic material in different ways, and the proteins and genes of the two viruses have no resemblance to each other. They have different incubation periods – a couple of days for influenza and five or more for SARS-CoV-2 – and the pattern of infections is different. Seasonal influenza is mostly a disease of the upper respiratory tract. Although complications and pneumonias can occur, they are not as common as in COVID-19. Seasonal influenza morbidity and mortality are associated with the very young and the old, whereas COVID-19 cases in the young population are rare. There are specific drugs and vaccines for seasonal influenza, whereas no drugs or vaccines are available for the 2019–2020 COVID-19 outbreak.”

Mr. Rabadan also explains concepts such as “super spreaders” in a manner that is easy to comprehend and grasp. “Super-spreaders have been identified as deviations in the number of infections from the expected number. By estimating the R0 of an infectious disease, one can calculate the maximum number of infected people from an infected individual. Deviations from that number indicate the presence of super-spreading. For instance, if the R0 is estimated to be 1, the probability that a single individual infects more than 10 would be very low, less than one in a million. If we find a few individuals infecting more than 10 cases in a disease with an R0 of 1, it would suggest that there are super-spreading events.”

Dexamethasone an anti-inflammatory steroid, has, in a trial conducted in the United Kingdom proved that it could save lives of those afflicted by the COVID-19 virus. Along with the repurposed drug Remdesivir, this provides hope for millions of people across the globe. The first results of a large clinical trial of Remdesivir with more than 1000 individuals has shown that it could reduce the time of infection by four days, but not a drastic reduction in COVID-19-associated mortality. Based on these results the US Food and Drug Administration issued an “emergency use authorization” for the treatment of SARS-CoV-2 infections.Clinical trials for vaccines are underway in various geographies and are in various phases.

While we may be a long way away from a definitive cure or a vaccine, there is no doubt that we need to institute some measures that prevent a surge capacity in the disease that overwhelms the health care infrastructure. We all need to do out incremental bits by wearing masks in public and practicing uncompromising respiratory and hand hygiene. We can also educate ourselves by reading Mr. Rabadan’s wonderful book!