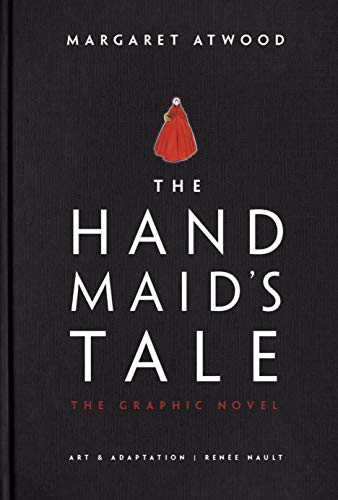 When it involved dystopia, I had my favourite quartet of books which I would read, re-read and get back to reading again. “1984” by George Orwell; “Brave New World” by Aldous Huxley; “We” by Yevgeny Zamyatin; and “Darkness At Noon” by Arthur Koestler were my trusted and reliable companions of doom and despair. And then came along Kazuo Ishiguro with his “Never Let Me Go.” The horrors of Hailsham left the hairs standing at the nape of my neck as Kathy, Ruth and Tommy refused to stop repeatedly gnawing at my conscience with a vigour bordering on the sadistic. Over the past couple of years, I realized that I was inhabiting an Earth that seemed to possess a vertical divide. On one side of the chasm, were humans who had read “The Handmaid’s Tale” by Margaret Atwood and were completely going agog with unconstrained excitement, whereas across the crater stood another set of people, blissfully oblivious of the contents of Ms. Atwood’s work. On the 1st of August 2020, I made the quiet transition from the territory of oblivion to the land of the aware. Suffice it to say the experience was nothing less than exhilarating.

The once United States of America is now the Republic of Gilead, a nation state not dissimilar to Orwell’s Oceania in terms of savagery and mental myopia. Antithetical to feminism and everything symbolizing the liberation of women, Gilead is a country of misogynists, where women are categorized as Wives, Marthas, Unwomen and Handmaids. Wives occupy the Apex of the hierarchy pyramid, with Marthas employed by them in numbers according to their rank and prestige. The Marthas take care of the Wives’ day to day needs doubling up as maids, cooks, and housekeepers. Occupying the base of the pyramid are the Unwomen who are deemed unworthy of any respect or merit on account of their neglected status in society. But it’s the “handmaids” who are designated to execute a chore that is almost fecund in nature.

Their sole function is to bear the children of the elite (the Wives), and in the event a handmaid is found to be ‘sterile’, she is instantly banished to outlying islands where the occupation of toxic-waste removal would result in her certain death. All the handmaids are named in such a manner that the second part of their name represents the name of their protectors or rather impregnators. For example, Offglen (“of” plus the name of her male protector). As the wife lies prone on the bed, the husband, proceeds to, in a ceremonial fashion, impregnate the handmaid in a purely perfunctory manner. One such handmaid is Offred. Inhabiting the abode of possibly the most powerful man in the Republic, Offred dutiful in the beginning, enters dangerous and uncharted territory, as she begins a dalliance with the driver of her protector. Discovery of this transgression would mean certain death for Offred. How Offred dances with the devil is the finely constructed theme of Ms. Atwood.

Shades of Orwell permeate the pages of “The Handmaid’s Tale.” A whole new set of neologisms are spawned as a result of Ms. Atwood’s work. “Unwomen”; “Econowives”; “Off”; “transport” etc. induce a surge of reminiscence and nostalgia as the reader is automatically left musing about “thought police”; “double think”; “memory hole”; “unperson” and of course the ubiquitous “Big Brother.” While Big Brother is the primary ombudsman, Gilead’s multitude of Big Brothers are The Eyes, where surveillance captures every move made by every person of significance, and most importantly, insignificance. In an exquisite exhibition of wordplay, Ms. Atwood employs the word “Salvagings” to denote Salvagings refer the executions that represent punishment for those not abiding by the Gilead Republic’s laws, such as the physicians who practiced abortions before the war.

The book is also peppered with Biblical references. The nomenclatures employed for representing certain professions for instance. The police are the “guardians of faith” while the “angels”. Guardians are a mythological creature tasked with defending their realm from demons while an Angel is a direct biblical reference to heaven. Or take the reading in a Centre where Offred is taken to for her indoctrination as a handmaid. “Give me children, or else I die. Am I in God’s stead, who hath withheld from thee the fruit of the womb? Behold my maid Bilhah. She shall bear upon my knees, that I may also have children by her.”

The solitary drawback with the book, is its pace, or an explicit lack of it. Some passages are stretched beyond rational limits and make for some excruciatingly slow reading. For example, the sequence before during and after a handmaid giving birth is never ending.

“The Handmaid’s Tale” is a creditable achievement by one of the greatest writers of our times. Ms. Atwood demonstrates the innovativeness within her sweep and the breadth of imagination that is resplendent in its wake. Now I hear that I would need to make yet another leap across another divide as Ms. Atwood has penned a sequel named, “The Testaments”…….