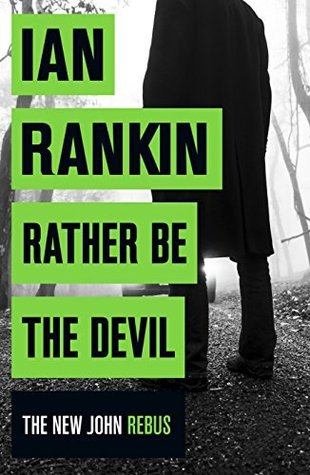 Still waters run deep. Sleeping dogs do not always lie. John Rebus is now a former Detective Inspector. However, both his razor sharp brain and restless mind are in a state of flux. An unsolved murder, with the victim being the promiscuous Maria Turquand the wife of the high profile entrepreneur John Turquand continues to rankle Rebus. This mysterious murder occupies his waking hours and torments his sleeping time. In the meantime, the exuberant Darryl Christie faces the unsavoury prospect of getting his turf trampled upon. When a vicious attack on Christie at his own home leaves him sorely hurt, it is not just his bone, but more so his ego that is grievously wounded. Meanwhile Morris Gerald Cafferty aka Big Ger Cafferty stirs himself out of his self-imposed quietude, the crime scene of Edinburgh is jolted out of its reverie.

With the 21st installment of the best-selling Inspector John Rebus series, Ian Rankin has firmly consolidated his position as arguably the best crime writer currently in existence. Writing with a verve that is effortless and creating a plot that is effervescent, Rankin captures both the imagination and attention of his reader right from the very first page. The most stellar aspect of “Rather Be The Devil” is the New Avatar of John Rebus. This is Rebus as never seen or imagined before. In the interest of maintaining the suspense of all potential readers and Rebus fans alike, let’s just say that the word “mendicant” comes the closet to describing the transformation of Rebus.

All the other usual suspects familiar in a Rebus novel get their due share of attention. However the major chunk of limelight is reserved for Morris Gerald Cafferty. Living in solitude in an apartment at Quartermile, the wily fox brings all his sly maneuvers and chilling ruthlessness to the fore in an attempt to gain back the piece of Edinburgh which he recently lost to a band of energetic, enterprising and egregious competitors of the likes of Joe Stark and Darryl Christie.
Siobhan Clarke is her usual ebullient self while Malcolm Fox is the subdued albeit intellectual cop who always finds himself marginalized and almost at the periphery of events. However Rankin’s dexterity elevates the character of Fox beyond the mundane and into the realms of the rare and respected. The Oxford Bar also makes its endearing and inevitable appearance as mysteries are attempted to be unraveled and clues desperately dissected in the confines of the watering hole.

On the whole “Rather Be The Devil” is a must read for all of Rankin’s fans and Rebus devotees. They sure will devour this book and still be left thirsting for more!