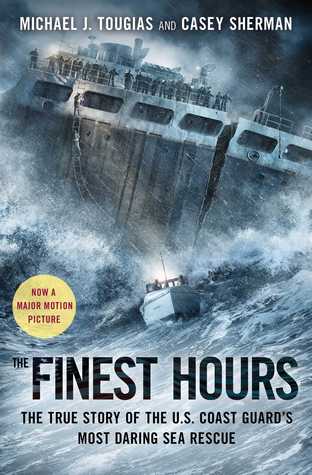 On the 18th of February, 1952, New England was engulfed by the most brutal nor’easter to have hit the Atlantic in years. The ocean was a roiling mass of seething white fumes. Two oil tankers, the “Pendleton” and the “Fort Mercer” found themselves right in the eye of the storm. Stretching over 500 feet, both the tankers in a moment of unpredictable misery cleanly split into two. Crewmen were left stranded at the bows and sterns of the two ships at the mercy of the violent elements.

Braving seas that rose over seven stories and stretching upto 60 feet, the United States Coast Guard mounted what would later be acclaimed as the singularly most courageous small boat rescue operation ever undertaken. Botswain’s Mate First Class Bernie Webber along with Seaman Richard Livesey, Engineer Andy Fitzerald and a member of the Stonehorse Lightship, Ervin Maske boarded the 36 foot cutter “CG36500” and proceeded towards the tanker to mount a rescue. Captain John Joseph of the cutter “Acushnet” and Donald Bangs manning a lifeboat also waded into the dangerous waters. These men went beyond both their calls of duty and the Coast Guard motto “Semper Paratus” (Always Ready”). What followed was a tale for the ages. And it is this tale that is stirringly narrated by Michael Tougias and Casey Sherman.

The selfless and noble act of courage displayed in the face of fierce adversity by a handful of men surrounded by Mother Nature at her angriest, makes for some inspiring and life affirming reading. Tougias and Sherman aided by their meticulous research involving interviewing both the rescuers and the rescued paints a triumphal portrait of humanity. The story of Bernie Webber and his indefatigable ‘Coasties’ will be etched in the hearts and minds of seafarers and ocean voyagers till time immemorial.

“Their Finest Hours” – A far reaching and endurable wave of hope!