Stubbornly disregarding the recommendations of the sincere real estate agent, Venky moved into the semidetached property which was in crying need of repair. Come to think of it, the whole world seemed as if it required some prompt and urgent fixing. Instead of dismantling barriers between nations, walls were proposed to be erected; instead of respecting green canopies that breathe life, holes were being punched into the ozone layer.

Venky latched the door closed and observed that the panel of glass was splintered and taped over in an unprofessional and hasty manner. 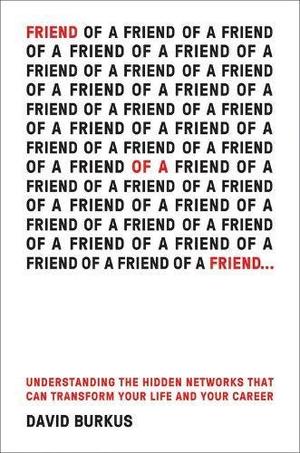 On the 6th of May, 1973, in a paper curiously and paradoxically titled, “The Strength of Weak Ties”, American sociologist and Professor at Stanford University, Mark Granovetter revealed the proposition that acquaintances are likely to be more influential than close friends, particularly in social networks. Weak ties as he called them, were more likely to connect social networks and also act as bridges. This research paper did more than just pique the interest of its readers or merely arouse their curiosity. As of November 2018, according to Google Scholar, “The Strength of Weak Ties” boasts a jaw dropping 50,000 citations, making it the most cited work in the Social Sciences.

The term ‘networking’ ought to be a contender for one of the most used, and perhaps – abused words in the English vocabulary. Networking has been the subject of a million books and a billion pages all urging their readers to follow stereotypical paths ranging from the pedantic to the preposterous. However, as Mr. Burkus points out, more often than not, this “working the room” strategy leaves people with more than just a sour taste in their mouth. “In one study researchers Tiziana Casciaro, Francesca Gino and Maryam Koucchaki found that even just thinking about networking leaves most people feeling dirty.” Instead, citing the extraordinary examples of ‘super-connected’ personalities such as the entrepreneur Adam Rifkin, philanthropist Scott Harrison and producer Brian Grazer, Mr. Burkus says, “understanding how networks work, how to navigate them, and how to tend to the community they represent is what determines a lot of your career success and a lot of organisation’s ability to perform. Knowing who your friends are and who their friends are, so you can gain a better understanding of the community, will lead to better odds that your network will enhance your success.”

From this stems what reads like a most counter intuitive proposition which Mr. Burkus offers his readers.  Even though our spontaneous reaction might be to reach out to the people with whom we are closest to and with whom we have been interacting for decades, it might be more valuable to reach out to those with whom we have rarely connected for years or even decades. Why? The people we know best usually know the same people and also know what you know. “Our weak ties often build a bridge from one cluster to another and thus give us access to new information. Even though the strong ties in our life are more likely to be motivated to help us, it turns out that our weak ties’ access to new sources of information might be more valuable.”

The most fascinating aspect of this ‘antithetical’ or even heretical work is the plethora of real life examples embedded between its covers. Burkus embarks on an assiduous story telling saga as he brings together personalities and events spanning a variety of disciplines. From how Michelle McKenna-Doyle, SVP, and CIO of the NFL became – the SVP and CIO of the NFL to how the prolific movie producer Brian Grazer tapped into his weak ties to become the man who gave the world, indelible movies such as Apollo 13, Liar Liar, A Beautiful Mind, and 8 Mile, Mr. Burkus highlights the importance of striking conversations with people with whom one may have hardly interacted.

Every Chapter in the book ends with a pragmatic “From Science to Practice” summary where he highlights key tasks for his readers to strengthen and build upon their weak ties. He also provides links to online resources for honing and practicing the skills required to improve upon building up one’s weak ties.

One would do well to push aside the tried and tested Rolodex and instead pick up “Friend of a Friend” by Davis Burkus instead. When did you say was the last time that you interacted with the buddy with whom you shared your dorm room while at the University?