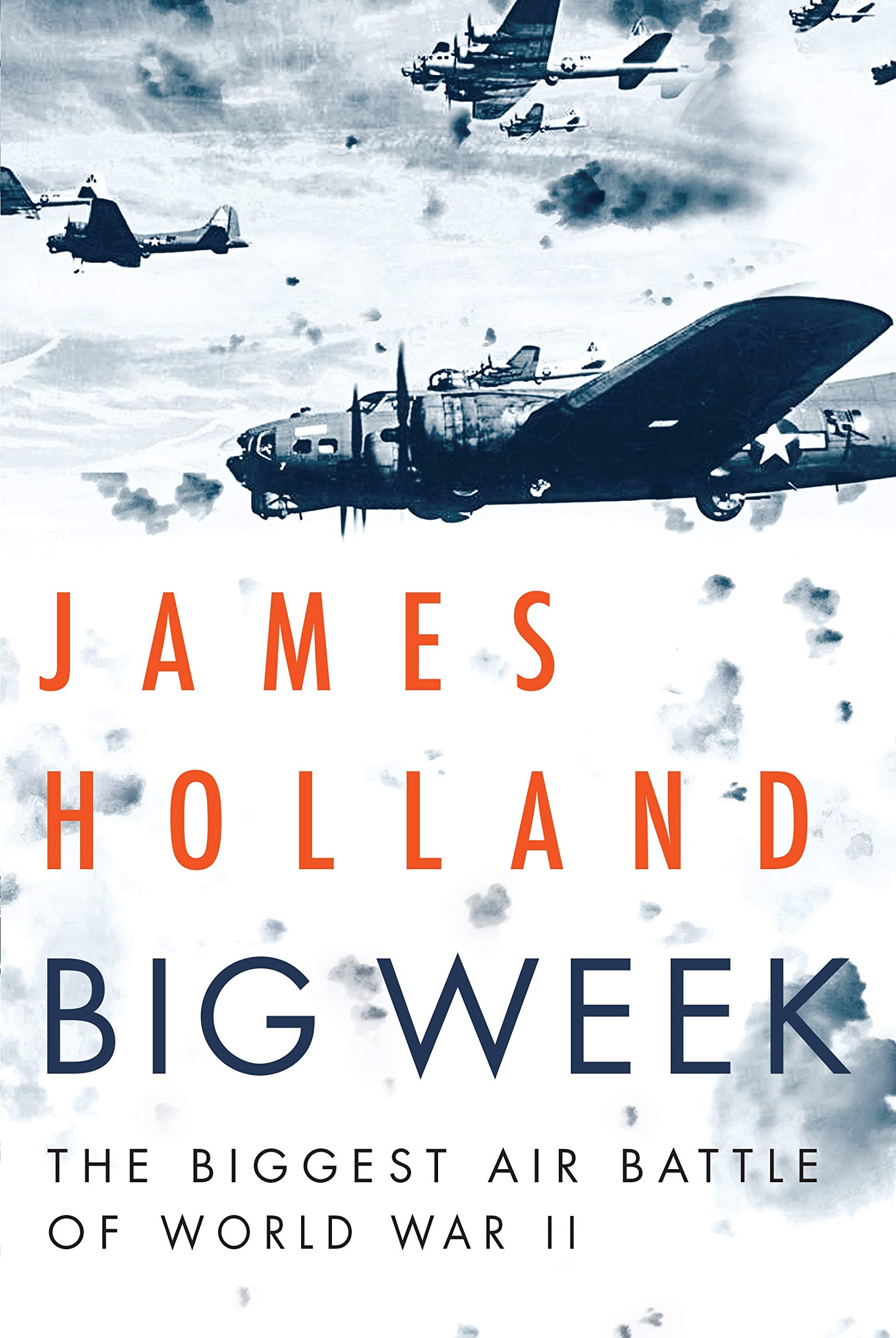 While the whole word extols the exploits of Normandy, waxes eloquent about the siege of Stalingrad and gasps collectively at the recollection of the Battle of the Bulge, there are a few battles – which even though, indispensable in influencing the final outcome of the War itself – have been relegated to the confines of obscurity. One such battle is OPERATION ARGUMENT. Popularly known as ‘Big Week’, the operation had at its cornerstone a relentless round-the-clock pummeling of German armament factories and strategic manufacturing bases. Targeting locations at Leipzig, Berlin, Schweinfurt, Hamburg and many others, the very gestalt driving this strategy was breaking the spine of an already demoralized Luftwaffe and thereby giving the Allies, a definitive air superiority. Mr. James Holland in his riveting book, “Big Week” recreates the exploits, endeavours and enervation surrounding OPERATION ARGUMENT.

Mr. Holland’s marvelous recreation of the deadly dog-fights in mid-air between the Messerschmitt and the Mustangs, B-17 Fortresses and B-24 Liberators makes for some hair raising and horripilation inducing reading. Sitting within the confines of a claustrophobic interior, the brave pilots, co-pilots, navigators, gunners and bomb manning personnel boarded their flying beasts, with neither complaints nor consternations. It might not have been a comforting thought for these courageous airmen to learn that their birds were also commonly termed “Flying Coffins.” Braving the deplorable English weather, which made visibility a mere hope inducing icing on the instruments, warding off annoying German fighters and having to contend with the intransigence, insouciance and inchoate decisions of the people commanding the Allied Air Forces, Mr. Holland’s airmen are deserving of more than just platitudes.

The U.S. Eighth Air Force by the third week of February 1944, was engaging in flying missions over the Continent from bases in Britain. Mr. James Holland pieces together a very interesting piece of contrast in relation to the bombing sorties. While the preference of the British was nighttime area bombing, the American philosophy rested on daytime bombing. The American logic being such a strategy would lead to better precision and assured destruction of the designated enemy targets. But it could not be denied that this option also exposed the Americans to the rabid German defenders. As Mr. Holland painstakingly details, in the initial phase of the battle for Ariel ascendancy, protection for both British and American bombers was provided by fighter escorts. Known as “little friends” these fighter aircraft would however only escort the bombers only part of the way. This was because of a severe limitation in flying range that plagued the fighters. Once bereft of escorts, the beleaguered bombers, attracted the attention, ire and fury of the German fighters like bees attracted to honey. The bombers were hounded, pounded and tormented till such time the escorts came back to their rescue. This situation however underwent a dramatic shift with the advent of the Mustang aircrafts. With an enviable range capable of escorting the bombers all the way to their target and back, the Mustangs titled the scales definitively in the favour of the Allies, and in the process stubbing out the last vestiges of German hope.

Yet another significant landmark point of inflection was attributable to Brigadier General Jimmy Doolittle. Brig. Gen. Doolittle who was at the forefront of the post-Pearl Harbour raid, completely reinvented the role of the P-51 Mustang. Cutting to shreds the accepted notion that the role of the P-51 was to act as escorts to the bombers as the latter went on their bombing raids, Doolittle conceptualized the P-51 going full tilt and all fury in taking the Luftwaffe head on and decimating them both in the air and on the ground. This decisive decision ensured that while the P-51s ran riot rampaging the enemy, the Luftwaffe’s morale was all but incinerated (along with their hapless and ill-trained pilots). Taking recourse to personal notes, diaries and detailed interviews, Mr. Holland provides a memorable, heart-warming and at times heart wrenching account of the extraordinary emotions swirling around the airmen as they readied for battle.

When the dust finally settled on OPERATION ARGUMENT, the final chapters in the fading book of the Luftwaffe’s must vaunted history had determinedly taken shape. The Luftwaffe lost over 500 German fighters and nearly as many irreplaceable pilots. “In total, some 3,300 bombers from the Eighth, over 500 from the Fifteenth Air Force, and some 2,750 from Bomber Command had attacked the main German aircraft industry targets outlined in POINTBLANK. Together, they had dropped some 22,000 tons – 4,000 tons more than had been dropped on London by the Luftwaffe during the entire eight-month Blitz.”

“Big Week” is an indispensable addition to the collection of every World War II aficionado. The interlacing of personal accounts with professional detachment is the telling feature of this book. The supreme sacrifices made by the indomitable warriors on both the warring factions makes one muse, philosophise, rant, rave and introspect about the futility that is war. Some of the notable protagonists meriting mention in Mr. Holland’s book include the Oscar winning actor and bomber captain Jimmy Stewart, German ace Heinz Knoke, and Donald Blakeslee, Acting Flight Lieutenant and the recipient of a plethora of distinctions, including, two Distinguished Service Crosses, two Silver Stars, Legion of Merit, eight Distinguished Flying Crosses, eight Air Medals and a Distinguished Flying Cross (United Kingdom).

OPERATION ARGUMENT has been tended to be generally overlooked when compared with the attention given to some of the fierce battles in the European theatre of operations. But Mr. Holland decisively, firmly and flamboyantly ameliorates this dichotomy with “The Big Week.” The bravery of the remarkable airmen and their sacrifices should never have gone unheeded and with the publication of “The Big Week”, never will. For this we all need to join together in thanking Mr. James Holland for his yeoman service.

“What colour is your parachute?” Ash taunted Venky placing yet another artificial rose in the gleaming glass vase.

Venky in a show of controlled restraint remained stoically silent all the while never taking his eyes off the lithe and languid visage of Ash. She seemed to glide through her chores.

“Or is it one of your six thinking acts?” the teasing continued.

“Red for love; yellow for persistence; Maroon for fear and white for hope”, Venky replied in one breath. As Ash paused with a flower held in mid-air, he continued, “colours of, for & by my Ash.”