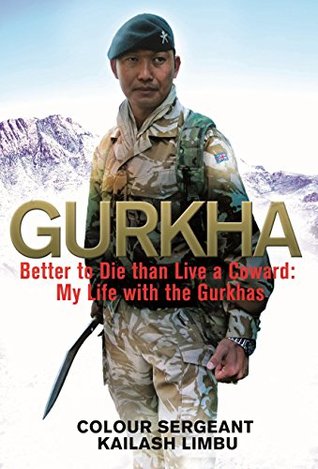 “If a man says he is not afraid of dying, he is either lying or is a Gurkha” – Sam Manekshaw

The feeling that stems from a reading of Colour Sergeant Kailash Limbu can at best be described as ambivalent. If you are looking for an extended and elaborate history of the stellar origins and stupendous achievement of the much admired and feared Gurkha Regiment, then this definitely is not a book. However if you are interested in the manner in which the indomitable Gurkhas act in the face of a deadly siege during the course of a particular operation, then this sans any doubt is a perfect primer.

Nawzad, is a small town, the centre of Nawzad District in Helmand Province, Afghanistan. It is located at an altitude of 1221 metres above sea level. Famously named Apocalypse “Now Zad”, this town was the epi-centre of a war of attrition between the murderous Taliban forces and the combined British, Gurkha and Estonian forces. As part of Operation Herrick (the codename under which all British operations in the War in Afghanistan were conducted from 2002 to the end of combat operations in 2014), soldiers from the Gurkha regiment were sent into Now Zad to man a compound housing an Afghan police station and a few members of the ANP Military. The Gurkhas were subjected to one of the longest sieges in the battle of Now Zad lasting for all of thirty one days.

Kailash Limbu who was commanding the Gurkha troops chronicles the thirty one day siege in spectacular detail. Abiding by the Gurkha motto of ‘‘Kaphar hunnu bhanda marnu ramro” which when translated into English reads “Better to die than live a coward”, Kailash and his team face a relentless barrage of Afghani RPGs, sniper fires, treacherous deceptions and night attacks with stoicism and courage. During the course of detailing the siege, Kailash also provides a sneak peek into the process of recruitment for entry into the Gurkha regiment, and the ways of the Limbu people going about their lives in Nepal.

This according to the author is the first ever time in the 200 year old glorious history of the Gurkhas that a soldier has been permitted to write their story. Although very honest and interesting in its intent, the book could have taken a much greater advantage of such a precious and unique privilege granted to its author.

6 thoughts on “GURKHA: Better to Die than Live a Coward: My Life in the Gurkhas – Kailash Limbu, Alexander Norman”