A semblance of equilibrium needs a vulnerable feel. 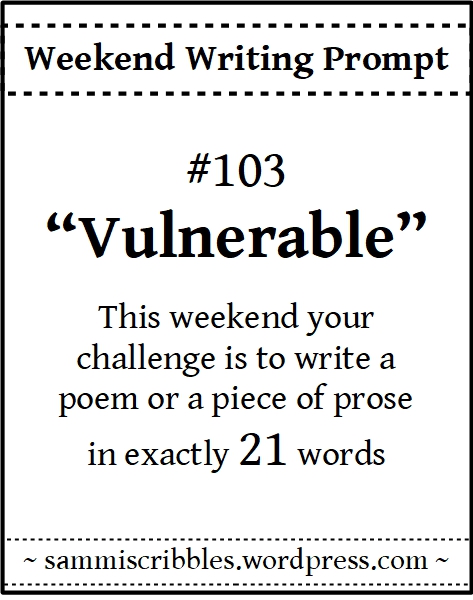 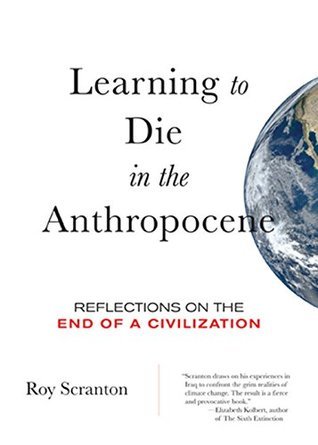 The 2014 Roadmap on Climate Change Adaptation struck more than just a somber warning when it stated that, “Rising global temperatures, changing precipitation patterns, climbing sea levels, and more extreme weather events will intensify the challenges of global instability, hunger, poverty, and conflict. They will likely lead to food and water shortages, pandemic disease, disputes over refugees and resources, and destruction by natural disasters in regions across the globe.”  Sentiments similar to these have been echoing across the Globe. A raft of reports such as the World Bank’s 2013 report, Turn Down the Heat: Climate Extremes, Regional Impacts, and the Case for Resilience, and their 2014 follow-up Confronting the New Climate Normal, all seem as though they have been drafted by grim Cassandras.

So with all these ominous forebodings and dire prognosis, how much time do we actually have on our hands to save the Earth from an impending and irreversible catastrophe? While a plethora of experts wield an overabundance of views on this controversial topic, Roy Scranton seems to have no doubts whatsoever when it comes the trajectory of our future. In his book, imaginatively and fatalistically titled “Learning to Die in the Anthropocene: Reflections on the End of a Civilization”, Mr. Scranton opines that we are already late in our bid to save the Planet. In other words, to paraphrase one of his most colloquial of phrases in the book, “we are fucked.” This kind of fatalism, however is not an outcome of some frustrated fibbing. Mr. Scranton has seen the worst that humanity could offer by being right in the middle of a smoldering Baghdad. A private with the United States Army, Mr. Scranton lived every day as though it was his last amidst a fusillade of bullets, shrieking of mortars and the spontaneous explosion of improvised explosive devices. But what we are doing to our Planet might be even more grave in magnitude than even all our wars put together. Admiral Samuel J. Locklear III, head of the US Pacific Command, postulates that global climate change is the greatest threat the United States faces, more dangerous than terrorism, Chinese hackers, and North Korean nuclear missiles. It is not just the United States that faces such adire predicament.

It’s not just glaciers and ice sheets that are melting. Along with them, so are the deposits of Carbon and Methane that lie long frozen in seabeds and permafrost. As Mr. Scranton educates us, “as a greenhouse gas, methane is more than twenty times more powerful than carbon dioxide, and thousands of gigatons of the stuff lies locked under the oceans in clathrate hydrates, waiting to be released.”  In the words of oceanographer John Kessler, “These solid, ice like structures are stable only under specific conditions, and are estimated to contain a quantity of methane roughly equal in magnitude to the sum of all fossil fuel reservoirs on Earth.” As geophysicist David Archer warns, “The potential for planetary devastation posed by the methane hydrate reservoir . . . seems comparable to the destructive potential from nuclear winter or from a comet or asteroid impact.”

So how do we brace ourselves for the inevitable collapse of our civilization? Mr. Scranton in this part harangue, part philosophy, argues that instead of engaging in meaningless actions and providing fatuous lip service to keeping our civilization alive, we would need to learn to ‘die’ as a civilization collectively in this age of the Anthropocene. “The problem is that the problem is too big … The problem is that the problem is us.” he asserts. Mr. Scranton, when he uses the phrase “learning to die” actually exhorts us to let go. Letting go of the ego, the idea of the self, the future, certainty, attachment, the pursuit of pleasure, permanence, stability, salvation, hope and death. This is in line with the philosophy propounded by the Stoic philosopher Marcus Aurelius.

If we have to stop ourselves from “fulfilling our fates as suicidally productive drones, in a carbon-addicted hive, destroying ourselves in some kind of psychopathic colony collapse disorder”, Mr. Scranton urges us to consider the problem of global warming in terms of Peter Sloterdijk’s idea of philosopher as an interrupter. Sloterdijk “sees the role of the philosopher in the human swarm as that of an aberrant anti-drone slow-dancing to its own rhythm, neither attuned to the collective beat nor operating mechanically, dogmatically, deontologically, but continually self-immunising against the waves of social energy we live in and amongst by perpetually interrupting their own connection to collective life. So long as one allows oneself to be ‘a conductor in a stress-semantic chain’, one is strengthening channels of retransmission regardless of content, thickening the reflexive connective tissues of mass society, making all of us all the more susceptible to such viral phenomena as nationalism, scapegoating, panic, and war fever. Interrupting the flows of social production is anarchic and counterproductive, like all good philosophy: if it works, it helps us stop and see our world in new ways. If it fails, as it often and even usually does, the interrupter is integrated, driven mad, ignored, or destroyed.”

Futher elaborating on the principles of Sloterdijk, Mr. Scranton paraphrases the philosopher “What Sloterdijk helps us see is that responding autonomously to social excitation means not reacting to it, not passing it on, but interrupting it, then either letting the excitation die or transforming it completely. Responding freely to constant images of fear and violence, responding freely to the perpetual media circuits of pleasure and terror, responding freely to the ongoing alarms of war, environmental catastrophe, and global destruction demands a reorientation of feeling so that every new impulse is held at a distance until it fades or can be changed. While life beats its red rhythms and human swarms dance to the compulsion of strife, the interrupter learns how to die.”

Employing the unique method of humanism to bring to bear the gargantuan dangers of Climate Change, Mr. Scranton takes recourse to the epic of Gilgamesh to hammer home his point. “We must suspend our attachment to the continual press of the present by keeping alive the past, cultivating the info-garden of the archive, reading, interpreting, sorting, nurturing, and, most important, reworking our stock of remembrance. We must keep renovating and innovating perceptual, affective, and conceptual fields through recombination, remixing, translation, transformation, and play. We must inculcate ruminative frequencies in the human animal by teaching slowness, attention to detail, argumentative rigor, careful reading, and meditative reflection. We must keep up our communion with the dead, for they are us, as we are the dead of future generations.”

We do not have time on our hands. That ship of hope seemed to have sailed away right under our collective arrogant nostrils. Average atmospheric CO2 levels have rocketed from 290 ppm to over 400 ppm, a level the planet hasn’t seen in more than two million years. At the same time, methane (CH4) levels have increased from 770 parts per billion to more than 1,800 parts per billion, the highest concentration of atmospheric methane in at least eight hundred thousand years. In the words of Climate scientist James Hansen, formerly with NASA, we face an “apocalyptic” future, a view that finds resounding approval with various other experts such as Vaclav Smil and institutions such as the Intergovernmental Panel on Climate Change (IPCC), United Nations Framework Convention on Climate Change (UNFCCC), the World Bank, the International Energy Agency (IEA), and the World Trade Organization (WTO). Maybe the time for conventional measures are passé. It’s time perhaps to pay heed to the words of the likes of Mr. Scranton. 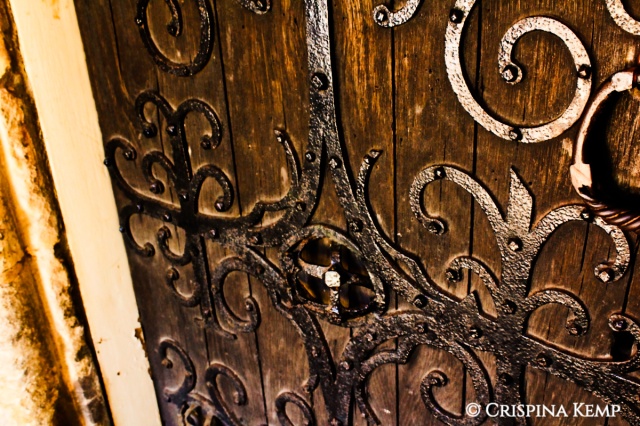 William Blake found the secret of perception behind one of these. Aldous Huxley gathered the courage to unbolt his, and in addition to the power of perception, discovered the virtues of Heaven and the vice of Hell. Jim Morrison ventured deep inside, turned unhinged, remained within, and produced a melody immortal in its sweep and searing in its wake. Eckhart Tolle was a lucky man. To him was revealed the wide vista of man’s True Being.

Even Venky had his own door. Behind which he now exists in a grim and dour silence. A door which could have been his opening to fulfillment, bliss and contentment. A door to peace, pure love and life. A door opening which found himself face to face with his Ash. But in a startling moment it bolted shut leaving him alone.

Written as part of the Crimson’s Creative Challenge #24 More details regarding this challenge may be found HERE. 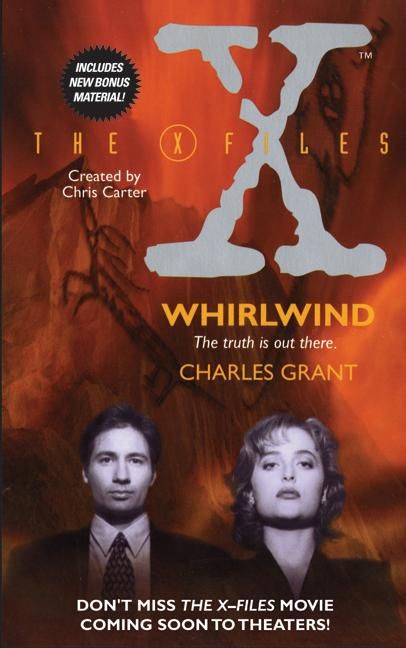 New Mexico is flummoxed and ravaged by a sequence of grisly murders. While no motives seemingly can be ascribed to the killings, there is no semblance of doubting the intent. Pure, cold, and terrifying sadism. Every helpless victim is skinned even before he/she is dead. The killer seems to have a sense of clinical impartiality. This unbiased attitude takes within its ambit men, women and even cattle!

As is the inevitable, the case files get transferred to Agents Fox Mulder and Dana Scully. The two intrepid agents put their heads together to prise out some clues that might assist in at least deriving a logic for  what seems to be an absolute conundrum. For one all these encounters seem to have had their location, the areas surrounding the Konochine reserve of Sangre Viento – also known as Blood Wind.

Scully and Mulder also, during the course of their digging, get enlightened about the uncanny, uncommon and unseen rituals that is the preserve of Native Americans living in seclusion. Can this be the key to unlocking the mystery?  This is what “The Whirlwind” proposes to tackle. The book moves at a brisk and steady pace and keeps the reader engaged. However it becomes very staid and prosaic and also lends an element of predictability in so far as the plot is concerned.