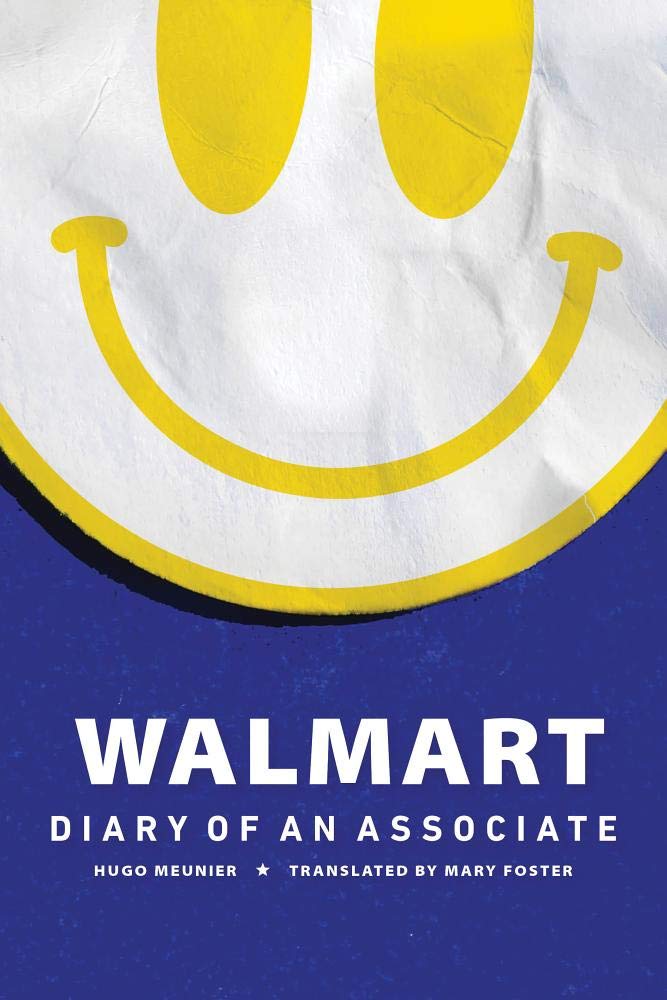 Hugo Meunier informs us that he is an ‘immersion journalist.’ This means – more or less – that in the event you are either a celebrity and/or a celebrity who is getting married, watch out for a mobile toting serious faced, tuxedoed individual (in this case, a man) who is not only trying his best to act serious behind a pair of cool looking shades, but is also trying to fool the security guards into gate-crashing the wedding. By the way, his tuxedo is invariably, rented.

Meunier in the introduction to his book, “Diary Of An Associate” confesses that he likes field reporting. He also educates us – with what reads like more than just a dollop of pretentiousness – that he leaves ‘mundanities’ such as the Lance Armstrong doping debacle to the reporting preserve of others. His preference is more towards the kid from Boucherville and the PointeCalumet beach who shoots steroids for seemingly no apparent reason. With the same element of impetuousness, he also provides us with a sample of illustrious events which he has successfully proceeded to invade – Justin Trudeau’s wedding and a party organized by Guy Laliberte, the ‘top dog’ of Cirque du solei, where the excesses were so exacerbated that international model Naomi Campbell and seven time Formula One Racing Champion Michael Schumacher, nonchalantly engaged in a conversation paying barely a hint of attention to two stark naked women acrobats perched next to them. As Meunier goes on to further amplify his prerogatives – “the Israel-Palestinian conflict, the famine in Niger, and the war in Iraq would have to wait.” A singularly stellar example of how best to prioritise alternatives in the order of their vitality and importance!

So it did not come as a complete surprise to his boss, Katie at La Presse, when Meunier proposed covertly immersing himself as a Walmart ‘Associate’ for a period of three months at store 3094 in the Saint-Leonard neighbourhood of Montreal. The reason for such an intrusion? A penchant to “live Walmart. To feel it, see it, rub shoulders with its customers, its bosses; to experience it physically and psychologically; to witness this reality; this is essentially what motivated my project.” Wow! Sounds great from a social, rational, metaphysical, cosmological and even an anthropological perspective! The ghost of Sam Walton would be shedding unconstrained tears of experiential bliss!

Muneir also takes the pain to educate us about a few jaw dropping facets that makes Walmart. “Since the 1990s, Walmart revenues represent 2.5% of America’s Gross National Product (“GNP”); according to Nelson Lichtenstein and Susan Strasser, Walmart’s success marked the end of the domination of American economy’s industrial sector; Gilles Biassette and Lysiane J. Baudu argue that ‘Walmartization’ of America consists of a conversion to an economic model based on importation, distribution and optimization of logistics chain, more than the industrial and manufacturing excellence that General Motors long symbolized.”

Great! Now that we have armed ourselves with information more than adequate, sufficient and relevant for 3 months of undercover employment, let us rub our hands with unfettered glee and begin without much ado! Time to do the hard yards.

What follows however is a repetitive description that has at its core a never ending shifting of pallets, an interminable stocking – and restocking of – shelves, punctuated by lines of slapstick humour and funny analogies. Yes, the famous Walmart pep talk does exist as does a highly confidential internal document unimaginatively titled, “A Manager’s Toolbox to Remaining Union Free.” Walmart’s allergy towards the act of Unionization is a phenomenon well known and absorbed across the globe. Unionization to the retailer is what the rays of the sun are to a vampire. Yes, the salaries are Walmart are so abysmal that at $11.05 per hour, a $1 signing bonus, the entry level pay translates to a meagre and abominable annual income of around $18,000. Bill Quinn’s “How Walmart is Destroying America (and the World) and What You can do about it” provides the whole ghastly lowdown about the pay (or the lack of it) at Walmart.

As is the case with any, or at least, many of the supermarkets, Walmart also has its share of abusive customers, who have an issue with looks, race, intelligence, stupidity, empty shelves, re-order levels of stock and most importantly, sealed and unopened products stacked upon racks. “A young woman came up to ask, very seriously if the five-by-eight-foot patterned carpet on sale for $30 would look nice in her dining room. “Difficult to help you madame, as I have never been to your place,” I candidly replied…….”I should really unroll one of them!” she finally cried, in a quasi-trance. Without waiting for my answer, she seized a carpet, ripped off the packaging with the enthusiasm of a child recognizing Lego through wrapping paper, handed one end to me and backed down the aisle to unroll it.”

The incredulous comparison of revenues generated every day with the revenues generated on the same day a year ago, the even more incredulous commuting habits of associates who leave home at 3.00 A.M to keep both their jobs and the timing of the bus, makes for some poignant, albeit expected reading. Allegiance to the three uncompromising maxims of Respect for the Individual, Service to the Customer and Striving for excellence is a given and this principle is absolutely non-negotiable. As is the famous “three meter” rule: the associate must smile at all times and when a customer is within three meters, the associate must greet the customer, ask if they need help, and if necessary, escort them to the products.”A description of the Crystal Bridge Museum inaugurated in Bentonville, the Headquarters of the behemoth in 2012 courtesy Sam Walton’s eccentric daughter Alice also gets a mention by Meunier

Meunier wax eloquent and witty on his shifts and schedules, on his colleagues’ shifts and schedules and on the physically taxing nature of such shifts and schedules, when he is not calling the swathe of customers, Walking Dead that is. The only part of the book that makes for some seriously interesting reading deals with the harrowing experiences of two former Walmart employees, Patrice Bergeron and Gaetan Plourde who succeeded in unionizing the Walmart Store in Jonquiere before a scathingly swift response from Walmart led to the closing of the store.

Finally, we are all euphoric to know that Meunier donated the total sum of $4150 net earned at Walmart during his three months of infiltration to two Montreal organisations. (Applause).

2 thoughts on “Walmart: Diary of An Associate – Hugo Meunier (Translated by Mary Foster)”