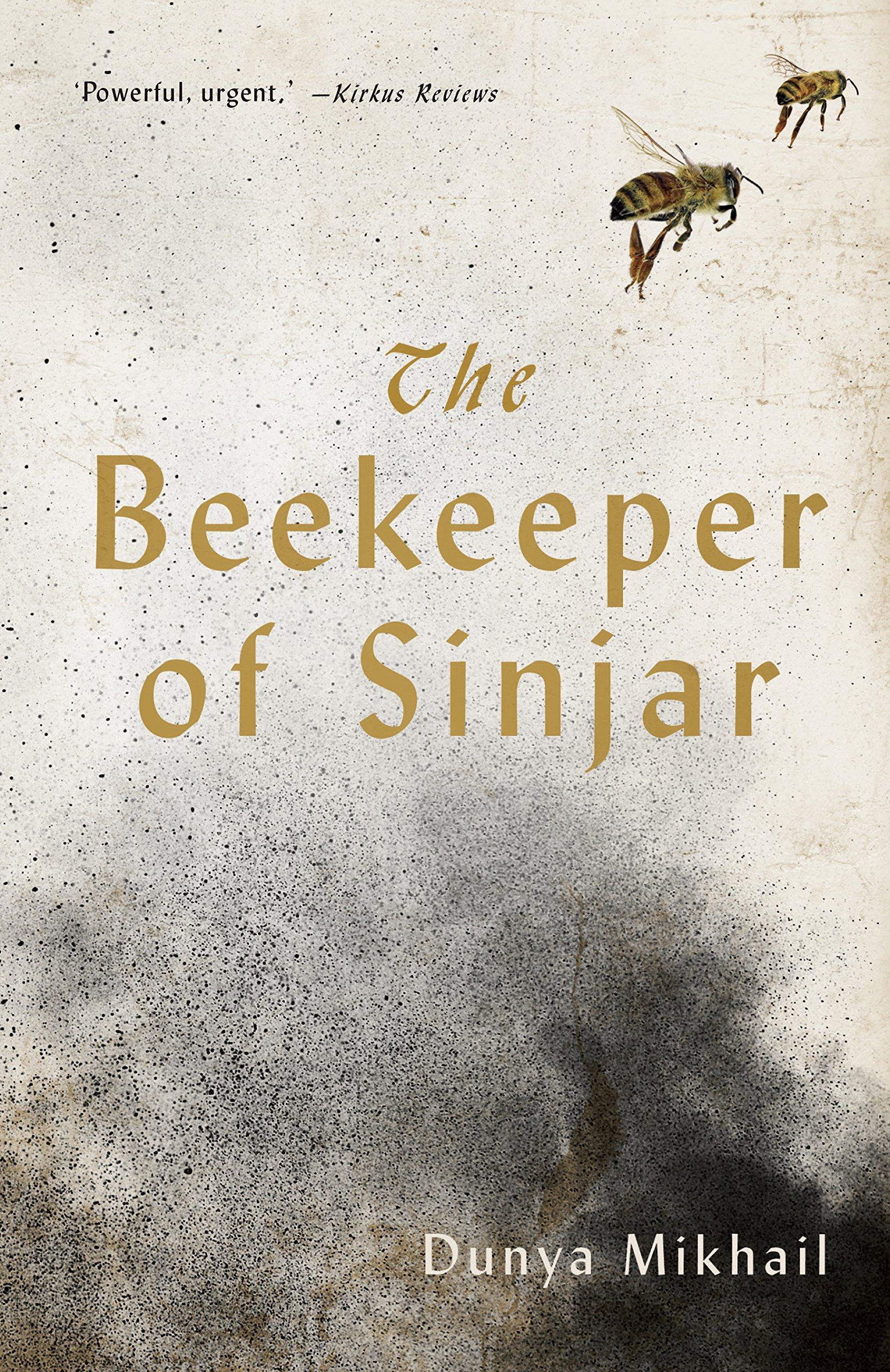 Nadia Murad was a 19-year-old going about her life with a prosaic bent of mind when fighters from the Islamic State rounded up the Yazidi community in her village of Kocho in Sinjar District, Iraq. What followed was a tale of indescribable horror and dread. Exterminating close to 600 residents of the village, the rabid terrorists took into captivity Nadia and 6,700 other Yazidi women. Employed as ‘sabaya’ or a sex slave, Nadia endured wanton torture and unspeakable torment. Repeatedly sold on slave markets in Mossul, Tal Afar and Raqqa, Nadia was raped at will by her ‘purchasers’, physically beaten and burned with cigarettes. Adding to her woes was the fact that she lost 46 family members – that included her parents – in the ISIS massacre. After enduring an agonizing twelve months of captivity, Nadia managed to escape and flee to a refugee camp in Duhok, Northern Iraq. Now a resident of Germany, Nadia is engaged in spreading awareness about the atrocities committed by ISIS and their mindless genocide against the Yazidi community. In 2018, In 2018, she, along with Denis Mukwege were jointly awarded the Nobel Peace Prize for “their efforts to end the use of sexual violence as a weapon of war and armed conflict”.

(Ms. Murad’s powerful speech in the United Nations in her role as the Goodwill Ambassador for preventing Human Trafficking)

In her eviscerating, emotional and extraordinary book, “The Bee Keeper of Sinjar”, the Iraqi-American poet, Dunya Mikhail chronicles in a searing and poignant manner, the travails, tribulations and tumult of a multitude of Iraqi women abducted by the ISIS and subject to unimaginable acts of barbarity. While it requires nerves of steel and a heart of stone to get through till the end of Ms. Mikhail’s book, it also leaves the reader with a hope that emerges out of the very cockles of the heart. The reason for this surging optimism goes by the name of Abdullah, a former bee keeper who has dedicated his very existence, resources and determination to rescuing these vulnerable women from the despicable, diabolical and dreaded clutches of their sadistic captors. Using an elaborate and highly complicated networks of informants, smugglers and known Samaritans, Abdullah working in close co-ordination and co-operation of the Office of Kidnapped Affairs, meticulously pores over maps, prepares painstakingly in advance, plans escape routes and plucks the desperate women right from under the very noses of the ISIS before transporting them to various refugee camps.

The harrowing tales narrated by the women makes for some incredibly painful reading. Nadia a young Yazidi woman was sold on the sex slave market for 100,000 dinars (about US$85). The sale was made in a warehouse post an inspection exercise as a process of which the buyers selected their picks like choosing watermelons and after smelling the girls carefully. Nadia’s ‘buyer’ was a man from Chechnya and he carted away Nadia along with her three children (aged six, five and one), to a four-story building in the Tishreen Dam region. Mercilessly beating and raping her in front of her children, Nadia’s captor also had a penchant for “passing her on for a day or two, like presents being borrowed, a practice they called rent.” Nadia and her children worked for twelve hours every day making rockets for the Daesh. “They gave my five-year-old daughter the most dangerous job, tying together the detonation lines. At any moment a mistake could explode the bomb right in her face.”

If young women were taken captive and abused to satiate the sexual appetites of the reprobates, a worse fate (if such an extended misery was to be even possible) awaited the elderly women, the men and the little children who refused to be separated from their families. The Daesh separated the elderly, the men, and the obstinate children from the eligible women and either buried them all alive in makeshift pits or shot them down in a torrent of gunfire.

Ms. Mikhail also elucidates to her readers that even in the midst of savages there can be found miraculous examples of beacons of empathy. A shining example is that of the seamstress Reem. The daughter of a Daesh member, Reem smuggled Zuhour a mother of two in her warehouse, right under the nose of her unsuspecting father before the resourceful Abdullah whisked the trio away to safety. Reem did not even bat an eyelid before putting herself in a ridiculously dangerous position in trying to rescue Zuhour and her children.

The myriad cast of characters facing an existential crisis courtesy the ISIS ways, may be distilled from the assemblage in any refugee camp. In the camp at Arbat, for example, the occupants include Iraqis, Syrians, Kurds, Turks, Assyrians and Persians. There are people from many different regions taking shelter in the camp. Shabak and Christians fleeing from Mosul; Syrians escaping Kobani; Yazidis bidding goodbye to Sinjar, and Muslims escaping across the Tigris from al-Anbar on small skiffs.

This arresting work contains its own bit of gallows humour as well. As Ms. Mikhail writes, some women discovered ingenious techniques to ‘trick’ the Daesh and minimizing the grief caused to them. According to one of the captured women, Badia, who was purchased by a Daesh member originally hailing from the USA, there existed five tricks for escaping the Daesh: “the first trick was to stop bathing for an entire month, until she smelled so bad that the fighters would stay away from her, refusing to buy her. The second trick was to claim she was married, and that the little child beside her was her son. The third was to pretend she was pregnant in order to avoid being raped, if only temporarily. The fourth trick was to say that she’d just stepped outside with her girlfriend to get some air. The fifth trick was to call “the American Emir”, (an influential Daesh member originally from the USA), to make it clear that she was not trying to run away from him.”

The Daesh viewed the captured youth as potential enlistees for both their missions and martyrdom. With this intent they proceeded to give the boys intensive training. As the mother of a boy named Ragheb recollects, “Ragheb was forced to train for four hours every day, learning how to kill, how to chop off people’s heads. They would also teach him Quran for two hours a day and fight for another hour. They have classes on everything, from how to wash your hands to sex education, from impurity to handling an animal, from genetics to just about anything you can imagine – and things you can’t imagine. And finally a personalized sermon to convince him to die for God, so that he’ll be rewarded in heaven. They have special passes to get into heaven that are handed out at the end.”

To quote Nadia Murad, “the daily routine for Daesh is taking drugs, reciting religious songs, going to fight, and then coming home and raping women.” Even after being liberated from the vice like grip of the ISIS these women are scarred psychologically and physically for most of their lives. According to psychotherapist Dr. Nagham Nozad Hassan, the plight of survivors who get pregnant after they are raped is the worst. They develop conflicting feelings between “motherhood and the desire to get rid of Daesh embryos.”

The world is indebted to people of the likes of Abdullah. In spite of immense personal tragedy (he lost his brother and some family members to an ISIS mass slaughter), this former bee keeper from Sinjar has dedicated his life to bringing hope to those teetering on the brink of hopelessness. Ms. Mikhail with her haunting book does yeoman service to the noble deeds of Abdullah by bringing them out in the open for the whole of humanity to admire and emulate.

The selfless and heroic Abdullah has the last word. “With the money I made selling honey in Iraq and Syria, I was able to help save female captives – and I rely upon the same skills in my new work. I cultivated a hive of transporters and smugglers from both sexes to save our queens, the ones Daeshis call sabaya, sex slaves. We worked like in a bee-hive, with extreme care and well planned initiatives.”

We offer our deepest gratitude and respect to him!

3 thoughts on “The Bee Keeper of Sinjar – Dunya Mikhail”