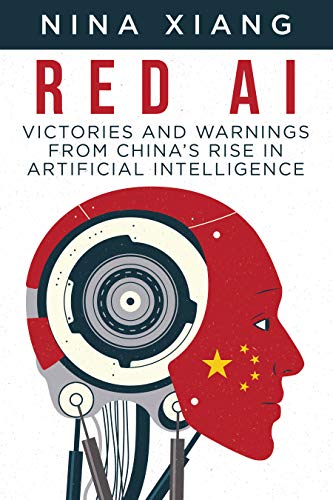 On the 7th of October, 2019, the United States Commerce Department took the extraordinary decision to place 28 Chinese public security bureaus and companies, on  a  trade blacklist. The reason behind this move was touted to be Beijing’s treatment (or mistreatment) of Uighur and other predominantly Muslim ethnic minorities. The companies blacklisted include some of China’s leading artificial intelligence firms such as SenseTime Group Ltd,  Megvii Technology Ltd,  Hikvision, formally known as Hangzhou Hikvision Digital Technology Co Ltd,  Zhejiang Dahua Technology, IFLYTEK Co, Xiamen Meiya Pico Information Co , and Yixin Science and Technology Co.

At a time when China is making great strides in the domain if Artificial Intelligence (“AI”) challenging the undisputed hegemony of the United States, this move by the United States might prove regressive to the future prospects of the Asian behemoth in the sphere of AI.  But, notwithstanding, America’s punitive action, is China an actual challenger encroaching upon the hallowed turf of the United States.?

Nina Xiang, the founder of China Money Network and an expert on the Chinese venture capital and technology sector takes this precise question head on in her interesting and thought provoking book, “Red AI.”  Ms. Xiang, in evaluating the trajectory of the Chinese progress in the realms of AI, employs an ingenious formula which she terms, 4S + 3L. While 4S stands for scale, speed, state support, and social indifference; 3L denotes: late, lag, and long time.

Using a whole horde of live examples, Ms. Xiang, illustrates both the advantages enjoyed and challenges faced by the Chinese entities operating in the AI Industry. While an assured Government backing that also ensures and unending funnel of funding provides the necessary financial backing, this measure is also a double edged sword. The Government constantly hovering over the shoulders of the Board in a Company and dictating policies, is a Damocles Sword putting the entire future of the entity at risk. This fact is illustrated in an exemplary manner by Ms. Xiang with reference to the autonomous automobile industry. As of October 2018, there were sixteen autonomous driving pilot zones in China. A pilot zone in Beijing aims to open up 200 kilometers of roads to allow 1,000 test vehicles by 2020. However, this enthusiastic ambition is nuetralised by a sobering perspective.

Waymo’s autonomous vehicles in the United States, for example, experienced just one intervention by a human driver for every 5,596 miles clocked by its self-driving systems. In comparison, Baidu’s cars required one intervention for every 41 miles driven. According to California’s Department of Motor Vehicles, Baidu’s vehicles drove a total of 1,972 miles between October 2016 and November 2017, and had 48 human interventions, compared to Waymo’s 65 human interventions for 352,545 miles driven. Further, California 180,800 miles (or 290,969 kilometers) of public roads in 2016, while Nevada had 42,582 miles (or 68,529 kilometers) of public roads in 2016.12 In comparison, the most promising among the 16 Chinese autonomous driving pilot zones plans to have 500 kilometers of roads ready by 2020.

As Ms. Xiang, in her meticulous research points out, burgeoning government subsidies have also made Chinese industrial robot companies heavily reliant on the State. According to a China Merchant Securities report, four publicly listed Chinese robotics and automation companies— Siasun Robot, Estun Automation, Guangdong Topstar Technology, and Shanghai STEP Electric Corporation—derived as much as 30 percent of their net profits from government subsidies in 2016. Shenzhen Inovance Technology received government subsidies of RMB47 million (US$7 million) in 2017, and Shanghai STEP Electric received US$44 million (US$6.6 million) in subsidies during the same year. Siasun Robot received the most in subsidies that year, in total RMB171 million (US$25 million). Between 2013 and 2017, Siasun Robot, which is 25-percent owned by the Shenyang Institute of Automation at the Chinese Academy of Science, received a total of RMB560 million (US$87 million), according to its annual reports.

Another daunting spoke in the wheel of China’s AI ambitions is an absolute dependence on imports in so far as Graphics Processing Unit (GPU) is concerned. As Ms. Xiang elucidates,  if the United States was to curb or stop exports of GPU to China, it could wipe out the entire Chinese AI industry.

While the prospects for China in AI shine bright in the sectors of Finance, Security, Healthcare and automotives, the country still has a long way to go in terms of overcoming obstacles that are both intransigent and inimitable.