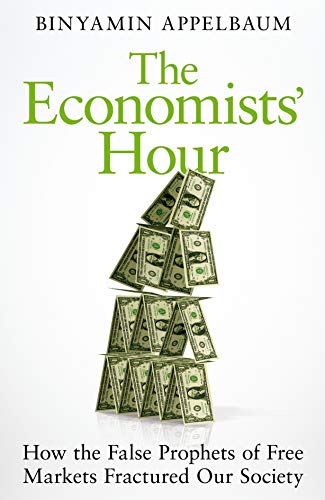 Milton Friedman once observed, ““I think the government solution to a problem is usually as bad as the problem and very often makes the problem worse.” Frenzied advocates of the free market breed pounced on this pronouncement in the same vein a believer entrenches within himself what he perceives to be a gospel. As regulations were systematically relegated to the apex of irrelevancies and the economy, ‘unshackled’, the dark side of capitalism took over the stage and in a macabre dance, decimated in a systematic manner the orderly workings of global markets, gifting to the world the second greatest recession post the Great Depression of 1929. By the time the dust had settled on the endemic practices, real gross domestic product (GDP as adjusted for inflation or deflation, in the United States—declined by 4.3 percent, and unemployment increased from 5 percent to 9.5 percent, peaking at 10 percent in October 2009. Spain, Greece, Ireland, Italy, and Portugal suffered sovereign debt crises that required intervention by the European Union, the European Central Bank, and the International Monetary Fund (IMF) and resulted in the imposition of painful austerity measures. The entire financial system of tiny Iceland was almost wiped out and the three largest banks of the country had to be nationalized.

In his brilliant book, “The Economist’s Hour: How The False Prophets of Free Markets Fractured Our Society”, Binyamin Appelbaum dissects in a surgical fashion the events leading to the proliferation of free market tenets and their unintended consequences. The hotbed of the transition from regulated markets to free markets was the Chicago Business School. Luminaries such as Friedman, George Stigler, a friend of Friedman who exclaimed that “competition is a tough weed, not a delicate flower”, and Friedman’s brother-in-law, Aaron Director, took to the pulpit at the University arguing that the only Mantra worth its incantation was economic efficiency. Working overtime, they more than just succeeded in turning legislations such as antitrust mere relics, thereby embellishing corporate concentration and market power. Further, boosting their enthusiasm was works such as ‘The Road to Serfdom’ by Friedrich Hayek, an economist nursing a preternatural revulsion towards any role played by the Government in an economy.

These were the renowned usual suspects. As Mr. Appelbaum illustrates in an adroit manner, there were other brilliant ‘converts’ to the Friedman cause, who did their best to espouse the glories of the invisible hand. For example, Walter Oi a mercurial economist who also was suffering from a serious visual impairment, calculated the economic cost to the nation of removing the labor of would-be workers from national output during their terms of service. Then there was Richard Posner. A scholar and federal jurist Posner postulated in 2001, that, other than the economic approach, there was no longer any other perspective—political or legal—taken seriously in antitrust policy. Mr. Appelbaum citing Posner: “antitrust is dead, isn’t it?”

Mr. Appelbaum also describes in startling detail the brazen conflict of interest in the form of a ‘Revolving Door’ scenario where some economists seem to be pursuing personal causes rather than enhancing the prospects of society. Stellar protagonists such as Alan Greenspan and Lawrence Summers enjoying implicit and back door financial support and hefty consultancies from parties peddling their own interest assisted in no small deal in pushing, or rather bulldozing through, policies characterized by more than just a taint of self-preservation.

As Mr. Appelbaum details in a tragi-comic fashion, the demolition wreaked by the free market mavens was not restricted to the United States alone. A band of economists, popularly termed the “Chicago Boys” (by virtue of their academic affiliation), extrapolated them polices and passion overseas with an overzealous attitude. Chile, Paraguay, Iceland and Taiwan were all experimental terrains where these much vaunted economists could ride rough shod.

As Mr. Appelbaum clinically illustrates, this egregious market mind-set has not only gone awry, but led to situations that are absolutely unenviable. Inequality has exponentially increased in the developed world and millions of jobs lost under an austerity squeeze as countries struggle to maintain a balanced budget. From 1980 to 2010, life expectancy for poor Americans perilously declined, even as the rich lived longer. Meanwhile, the primacy of economics has not generated faster economic growth. From 1990 until the eve of the financial crisis, U.S. real GDP per person grew by a little under 2 percent a year, less than the 2.5 percent a year in the oil-shocked 1970s.

Mr. Appelbaum’ s book is also made memorable, courtesy some extraordinary anecdotes and the description of some lively and singularly peculiar characters. For example, in describing Phil Gramm, a Professor of Economics at the Texas A&M University, and also a Republican Senator, Mark McKinnon remarked, “he looks like a turtle and he sounds like a rooster.” But, “he has an uncanny ability to sense the public mood before anyone else does.” Also a quote by Paul Samuelson on Milton Friedman, “To keep the fish that they carried on long journeys lively and fresh, sea captains used to introduce an eel into the barrel. In the economics profession, Milton Friedman is that eel.” But the last word on anecdotes, sans any semblance of doubt has been accorded by Mr. Appelbaum to the acerbic and irascible George Stigler. “When a reporter observed to Stigler that he had written one hundred papers while another economist, Harry Johnson, had written some five hundred, Stigler replied, ‘mine are all different.’ Stigler, who was tall, observed of the liberal economist John Kenneth Galbraith, also tall, and of Friedman, who was not, ‘all great economists are tall. There are two exceptions: John Kenneth Galbraith and Milton Friedman.’”

As Nobel Laureate Joseph Stiglitz once remarked to Foreign Policy: “Obviously, the costs [of globalization] would be borne by particular communities, particular places—and manufacturing had located [to] places where wages were low, suggesting that these were places where adjustment costs were likely large.” In his work, Mr. Appelbaum brings to bear those very same adjustments which while bestowing untold wealth upon a small concentration of people, has brought wanton grief to a majority of the world population, who are at the time of this writing suffering the impact of a medley of causes with which they had nothing to associate themselves with.