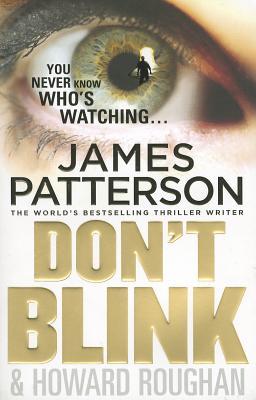 After a long hiatus with fiction in general and James Patterson in particular, I picked up “Don’t Blink”, and suffice it to say the experience was on expected lines. Racy, intriguing and thrilling, Mr. Patterson engages his readers from start to finish with a plot that is tight and a narrative that progresses at a breathless tempo before finally climaxing in a crescendo of converging impossibilities.

However, the encounter in South Sudan is made to look like a game of hide and seek played by a bunch of egregious kindergarten kids, compared to the perils faced by Nick on his return to the United States of America. Having offered the interview of his life, Nick heads to Lombardo’s Steak House in Manhattan. Waiting for him at the glitzy restaurant is Dwayne Robinson a.k.a The Bronx Bomber. The once darling of every Yankee fan, Robinson is an ostracized soul having walked off the pitcher’s mound—with no explanation at all—after game six of the World Series many years back, costing the city the win. Being a man who bleeds the Yankee stripes, this is an irresistible opportunity which Nick would be a madman to refuse.

But for a small glitch. Just when Nick pulls out his tape recorder and waits for the tarnished legend to spill his guts, a pair of eyes belonging to a patron next table is nonchalantly scooped out (yes you read that right) by a man who while maintaining an ice cold veneer while performing this macabre deed also proceeds to make corpses out of two policemen in plain clothes.

Being an inadvertent witness to this mayhem, Nick’s life takes the most unenviable arc curving towards the fire from the frying pan. A phalanx of characters, each one more notorious in both appearance and acts then his (there are no femme fatales in the novel, sorry for the spoiler) predecessor, haunt and hunt Nick, not necessarily in that order though.

Will Nick extricate himself from what seems to be a certain road to perdition forms the bulk of this fictional pot boiler from Mr. Patterson. Mixing his usual with corny punchlines, Mr. Patterson intersperses morbid humour with high octane action sequences. During the process, as may be expected, both logic and reality take a back seat – as they necessarily should!

“Don’t Blink” as the title suggests is a one-sitting read as the pages disappear in a frenzy of conundrums and dilemmas. In the event you are exhausted after a tryst with some heavy reading, and are looking for a relaxing evening to spend with a book in tow, “Don’t Blink” might just be the perfect antidote.

PS: You also might want to arm yourself with a Laphroaig 15-Year-Old Scotch Whiskey.