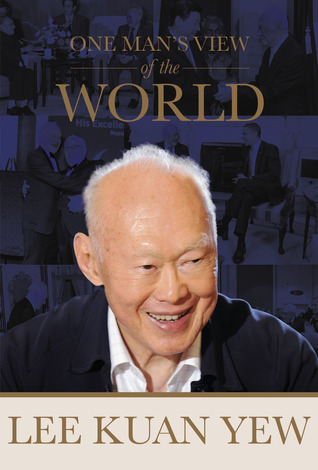 An astute politician, an erudite statesman and most importantly a born visionary, Lee Kuan Yew with his incredible foresight and innate acumen, turned the notions and diktats attached to the formation of a statehood upside down. The result – Singapore as a Model state, bereft of the endemic vices of corruption and worthy of being emulated and replicated in both size and scale.

In this refreshing collection, the master provides a glimpse of his tactical genius as he holds forth on a variegated list of topics. Geo-political shifts merge with Economic schisms and upheavals, while Environmental Change controversies rub shoulders with embargoes on oil.

Clarity jumps out from every single page and the sense of purpose is almost striking. To say that this man may well be Asia’s Henry Kissinger would be to devalue his potential and skill. A routine advisor to many eminent leaders across the globe, especially Chinese Premiers, Lee Kuan Yew’s assessment of the future is a shuddering testimony to his incisive understanding of not just the Asian region, but the very World Order.

Every leader worth his salt would do well to first devour this work in detail prior to embarking on any decision involving multi-country ramifications.

One Man’s View of The World – Work Of A Genius!