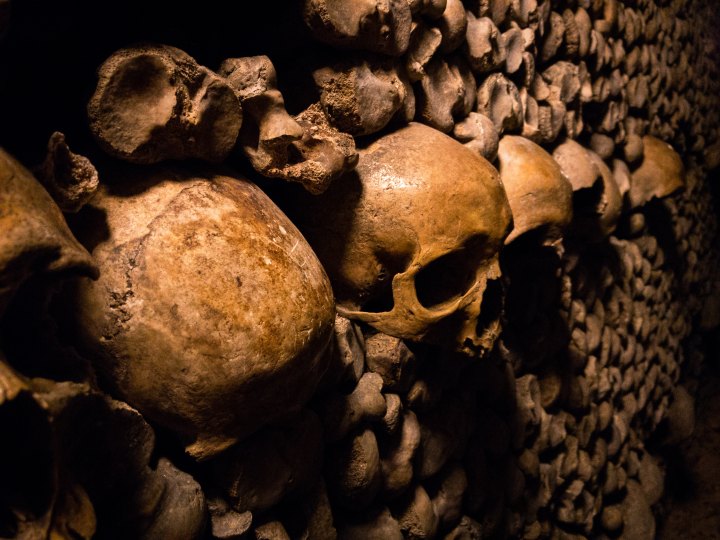 Every single one of these now homogenous family was a child of the greatest leveler. Parvenus to Paupers; Saints to Schizophrenics; One Percenters to Outcasts relegated to the rust belts, all lay in a perfect Geometry of methodical harmonization and precise symmetry. Even though there was a distinct label of seniority in some of the skeletal features, the overall structure put paid to the hopes of a compromise in uniformity.

I was both amazed and aghast at the spectacle that extended as far as the eye could see (no pun intended). While the discipline was unmatched, the silence was unnerving. The only perceivable sounds were those made by minuscule creepy crawlies burrowing, boring, scrummaging and scurrying for food. Their leaving the bones alone was more safeguarding their jaws and teeth rather than paying obeisance to the dead.

My first day here, I could only see ugly stripped down versions of pseudo robots set in stony silence. To add complexity to the conundrum, my features were amenable to trigger a burst of envy. My nails had not yet completely stopped growing and my hair was still jet black.

Bloody Hell! I had barely stopped gasping for breath as clumps of soil came cascading down upon me in a torrential downpour. Even with clogged nostrils, soiled eyes and an earthy mouth I would have been a clear winner if a Mr. Universe competition would have been held six feet under.

Yes. It is just 3 hours since i was buried alive.