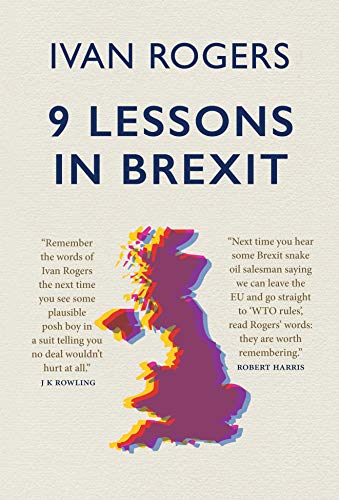 On the 19th of October, 2019, England took on Australia in the Quarterfinals of the ongoing Rugby World Cup in Japan. However, rugby was not the only encounter that had gripped the English imagination that day – and night. The Boris Johnson Government which was accumulating incremental degrees of transience every passing day, was facing what arguably was its sternest test. It found itself wrestling to nullify an amendment that provided parliament for withholding approval of the prime minister’s deal until the withdrawal bill implementing Brexit has been passed. But the events leading upto the voting on the bill have been, if anything, a medley of absolute cacophony. Manufactured concoctions of lies, figments of phantasmagorical imagination and an abject disregard for transparency have all contributed in equal measure to the unenviable position, Britain finds itself today – between the Devil and the Deep Sea.

No one can be more qualified or credible to hold forth on this mayhem than Mr. Ivan Rogers. A former senior civil servant, who was also Britain’s ambassador to the EU, Mr. Rogers resigned from his post in January 2017. He has been a beacon of clarity in demystifying the maze that is Brexit and separating the wheat from the chaff. In his wonderful book, “9 Lessons in Brexit”, he lays out in an unsparing manner, the elemental facets that the political mavens need to equip themselves with, if Brexit needs a closure that is timely, expedient and sans any catastrophe.

With no consideration for either niceties or bromides, “9 Lessons” is an essential polemic that details in a stark fashion the ludicrousness and banalities of self-serving politicians who, in an attempt to shamelessly propel their interests and ideologies, use an unsuspecting and unwitting populace as convenient pawns. So here is an attempt to present an informed summary of the intricate latticework of wisdom that Mr. Rogers offers:

Mr. Roger’s basically tries to remind the “Leave” campaigners that one cannot have the cake and possibly consume it too. In other words, once the momentous or inglorious (as may be appropriate) decision has been made to exit the European Union, you cannot ” from just outside the fence, achieve all the benefits you got when just inside it.” Britain also needs to be prepared for the fact that the concept of a ‘frictionless trade’ would be nothing other than a pipe dream, once it moves outside both the Customs Union and the Single Market.

LESSON 2: SOVEREIGNTY  IS NOT AN EXCLUSIVE ENGLISH PRESERVE

The European Union would not bend over backwards to either accommodate or accord privileges to a departing United Kingdom. Whether it be the cumbersome situation of being hemmed and hawed in by the onerous General Data Protection Regulations (“GDPR”); or the Schroedinger’s Customs Union Facilitated Customs Arrangement proposal, whereby UK derived all the necessary benefits only by staying in a Customs Union with the EU whilst leaving it to have a fully sovereign trade policy, Mr. Rogers emphatically asserts that “the public will soon conclude that much of the supposed control they won back was just a simulacrum of sovereignty for some empty suits in Westminster, with the real decisions about their lives still taken elsewhere.”

LESSON 3: BREXIT IS A PROCESS (AT WHICH THE EU IS A MASTER) & NOT AN EVENT

As Mr. Rogers puts it with flair and flamboyance, the people advocating for Brexit, three years ago, “had not the slightest fag packet plan on what they were going to try and do and in which order.” The sheer complexity and intricacies underpinning the Brexit negotiations – and stretching into a domain of intractability – would be overwhelming for the English, but not for Brussels, which is a veritable master of negotiations.

LESSON 4: BREXIT DOES NOT HAVE A SINGLE TRUE DESTINATION

The shallow and straw-man arguments forming the premise of both the “No Deal” Right and Downing Street attempting to lend authenticity and credibility to their views whilst actively seeking to de-legitimize opposing views only exacerbates the simmering melting pot of issues instead of cooling it.

As Mr. Rogers painstakingly argues, this is yet another classic case of “cakeism.” “If moving beyond WTO terms with major markets represents a major step forward in liberalising trade, then deliberately moving back to WTO terms from an existing deep preferential agreement – which is what the Single Market is – represents a major step backward to less free trade. You really can’t have it both ways.”

Services sectors represent over three quarters of the British economy. The future prospects of this burgeoning industry is alarmingly proposed to be sacrificed at the altar of the primary goal of ending the freedom of movement. This defenestration of a 90 billion pound per annum industry, as Mr. Rogers highlights, is a ploy that is neither logical nor desirable.

LESSON 7: THE CURSE OF THE “PLUSES”

As a famous saying goes, ‘comparison is the thief of joy.’ The Leave campaigners seem to be squarely falling into the trap of comparison by digging a grave with “pluses” carved out as epitaphs. There have mushroomed countries serving as ‘comparability templates’ for spurring a No-Deal Brexit.  While it was “Canada +++” or “Super-Canada”, as it was termed by the former Foreign Secretary, Norway has now joined the club. As Mr. Rogers, with a trace of inimitably dry British humour puts it, “we have Norway +, which used to be “Norway-then-Canada” then became “Norway-for-now” and then became “Norway + forever”. And now even “No deal +”, which also makes appearances as “Managed no deal” and “No deal minideals”.

Mr Rogers informs his readers that till now, the United Kingdom has been totally nontransparent in all its negotiations with the European Union. Bringing in elements of secrecy and opaqueness to the table, the British government, in the words of Mr. Rogers has been left, “permanently divided against itself and,therefore, largely unable to articulate any agreed, coherent position, has floundered in its wake.”

LESSON 9: BE HONEST WITH THE PUBLIC

The last takeaway from Mr Rogers’ book is perhaps the most important as well. Possessing a direct and inextricable linkage with the 8th lesson, this principle argues for ‘real honesty with the public.’ This according to Mr. Rogers “is the best – the only – policy if we are to get to the other side of Brexit with a healthy democracy, a reasonably unified country and a strong economy.” One cannot but unequivocally concur with this proposal.

By the time the lights at the Oita Stadium were switched off, England had handed The Wallabies a convincing, and surprising thumping, winning the game 40-16, and in the process, guaranteeing themselves a berth in the Semi Finals. However, the same could not be said for Boris Johnson and Co. The former Tory minister Oliver Letwin’s amendment passed 322 to 306. The verdict now means that Mr. Johnson is deprived of passing through his Brexit deal, which in turn means that an extension is in the offing. At least now, we fervently hope that all the parties involved pay heed to the invaluable and precocious lessons handed out by Mr. Rogers that will culminate in a Brexit that is in the general interests of not just the United Kingdom, but also the European Union and global trade relationships.