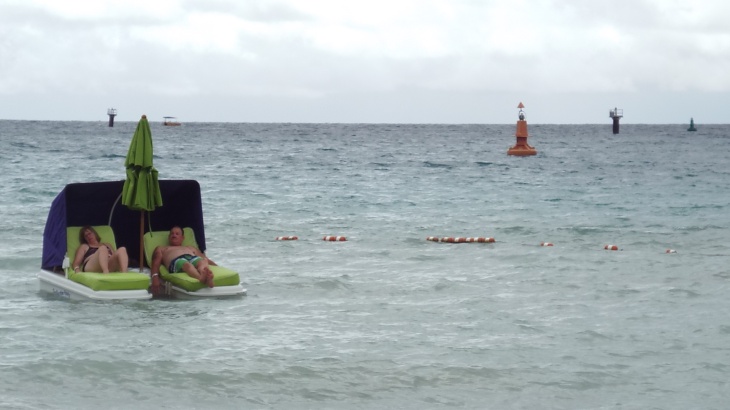 It was with a sense of tremulous excitement that Magnus and Mikaela gingerly stepped aboard “The Round Tripper.”  The glossy brochure promised an “unforgettable and memorable cruise providing a spectacular view of an azure blue sky kissing the serene cobalt waters as the rays of the sun danced along the horizon”.  The duo had been planning a holiday from the past 6 years. A burgeoning mortgage on an indiscreet splurge on a duplex coupled with Magnus’ escalating bouts of hypochondria put a spoke in the wheel of hope, until Frederic brought to their notice, an advertisement issued by the Double Irish Sandwich Cruise Company LLC.

“Affordable, Aesthetic and Astonishing” were the ‘3As’ underpinning the company’s philosophy, so expounded the Chief Entertainment Officer as he counted the pounds received from Mikaela at the company’s non-decrepit headquarters.

Ten minutes into the cruise, both Mikaela & Magnus were offered a delectably sweet cocktail, imaginatively titled “The Conduit Princess.”  Before they were even halfway through their drink, their eyes dimmed and frazzled before pleasantly closing.

By the time the Coast Guard found them alerted by a fishing trawler, Mikaela and Magnus were contentedly bobbing on soft waves, oblivious to either their position or predicament.

Written as part of Sunday Photo Fiction. Write a story of around 200 words based on the photo prompt given (above). Hosted by Susan Spaulding. For more details visit HERE.

12 thoughts on “Round Tripping from Coast-To-Coast”