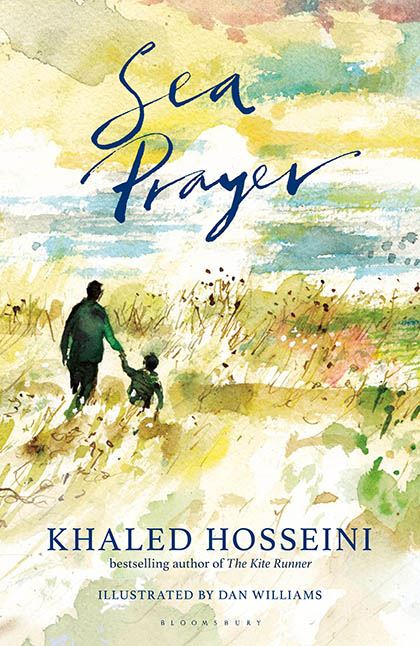 In a haunting refrain, coming close on the heels of the second anniversary commemorating the death of Alan Kurdi the three-year-old Syrian boy who drowned while attempting to reach Greece in 2015, best selling author and a UNHCR goodwill ambassador, Khaled Hosseini pays tribute to the deluge of refugees who put their lives on the line seeking peace and freedom.

Brilliantly illustrated by Dan Williams, “Sea Prayer” takes the form of a dialogue between a father and his son on a moonlit beach. Cradling his son in his arms, the father waxes eloquent on the once peaceful state of Syrian affairs just before the bombs started to rain upon the persecuted public. The narration fills the gap between the time the duo wait and the time a boat arrives to take them on a perilous and paradoxical journey towards both destination and danger.