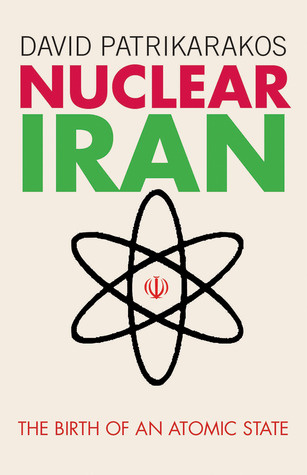 David Patrikarakos has written what ought to be one of the most meticulously researched, eminently readable and enormously insightful account of Iran’s dalliance with danger in steadfastly proceeding with the ambitions of developing a nuclear bomb in the face of stinging reproach, selective retribution and universal rancor. Charting Iran’s tryst with the nuclear dream, Mr. Patrikarakos begins “Nuclear Iran” with an account of the reluctant ascension of Mohammad Reza Pahlavi as the Shah of Iran. The engineering of the infamous coup of 1953, aided and abetted by the CIA via Operation Ajax not only ensured that the hard-lining Prime Minister Mohammad Mossadegh was overthrown, but also that Iran would be led by a Shah keen to maintain cordial and amicable relations with the West.

Riding on the twin planks of Westernization and modernization, the Shah succeeded in winning the trust of the Western world in so far as the embracing of nuclear technology was concerned. The year 1957 saw the establishment of a nuclear training centre under the aegis of Central Treaty Organisation (“CENTO”) as well as the opening of the American ‘Atoms for Peace’ exhibit in Teheran, not to mention a bilateral agreement between Iran and the USA for pursuing peaceful nuclear research. Pioneering these initiatives with the Shah was Akbar Etemad, a young nuclear physicist back in Iran after accumulating qualifications from Geneva and Paris. Desirous of severing the nuclear programme from all bureaucratic hurdles, Etemad mooted and succeeded in establishing the Atomic Energy Organisation of Iran (“AEOI”). Spearheaded by Etemad himself the organization was answerable only to the Shah himself and had his boon bestowing hand in so far as money, methods and resources were concerned.

Flush with oil money, Iran forged ahead with a supremely far sighted plan of constructing as many as 20 nuclear reactors and the global powers of the world stumbled upon each other in a race to win Iran’s favour and contracts. The German firm Kraftwerk (a Joint Venture of Siemens AG and AEG Telefunken) was selected to build a pressurized water reactor power plant with two 1,196 MW reactors at Bushehr at a cost of US$4-6 billion. As Mr. Patrikarakos chillingly illustrates, things began to take an insidious turn when the Shah of Iran was toppled in an ideological coup in 1979. The radical cleric Ayatollah Khomeini with his rabid mistrust of Western countries (“foreign agents”), was proclaimed the supreme leader of Iran. Iranian identity and identity politics would take an ominous colour as Gharbzadegi (‘West-struckness’) or “Westoxification” would be relegated to the confines of history. A brainchild of Ahmad Fardid, A Teheran University Professor, this term was popularized by the “secular Marxist writer, and social critic, Jalal Al-e Ahmad in his 1962 book, Occidentosis: A Plague from the West.”

The new regime began to lose no time in scaling back the nuclear programme. In the words of Mr. Patrikarakos, “on 31 July 1979 Kraftwerk formally terminated its contract to build the Bushehr power plant, citing Iranian debts to the company of $US 450 million. At this stage the first reactor was around 80% complete, the second reactor 45-70% complete, while 90% of the parts had been shipped.”

Thus began a total dismantling of both Western collaboration and relations and also a covert hatching of plans to indigenously develop uranium enrichment under the ruse of civilian nuclear energy. The environment of mistrust, malice and misinformation pervading Iran’s ties with the West only accelerated both Iran’s perceived need for a bomb and the global super powers’ fears of a mass proliferation mania in the tinder box that had become the Middle East. The International Atomic Energy Agency and their inspectors were both curtailed as well as confounded in exercising their role as impartial inspectors of various centres of nuclear activities in Iran such as Bushehr, Natanz, Saghand, Isfahan, and Anarak. Where Mr. Patrikarakos’ work is the most illuminating is in the lucid and brilliant analysis of the motives, methods and means under girding the various players involved in Iran’s nuclear gamble. The intransigence of the George W. Bush’s administration that viewed Iran as a hostile pariah; the insouciance of successive Iranian regimes under Khatami and the rabid Ahmadinejad in emphasizing covertness and secrecy over transparency and mediation; the insipid routine of the IAEA in merely churning out inspection reports ignored by most of the readers; the implicit connivance and collusion of Russia and China with Iran while explicitly making a show of stern and stringent dissatisfaction at Iran’s brazen transgressions and violations, all contrived to exacerbate and accentuate a situation that was in the very first place precariously delicate and vertiginously volatile. The Western world’s sanction regime was met by an obstinate continuation of Iran with its policy of enrichment of Uranium. Add to the mix, the incredulously targeted assassination of prominent Iranian nuclear scientists by Mossad (neither acknowledged nor denied by the Israeli administration) and the infiltration of the Stuxnet virus to adversely impact the functioning of various centrifuges in Iran’s nuclear establishment, the world had on its burdened back, a potentially debilitating scenario whose outcome could only be catastrophic!

As Mr. Patrikarakos admirably puts it, “the supreme irony of the nuclear crisis is that Iran’s nuclear programme is the ultimate expression of its desire for acceptance (but on its own terms) that is pursued through the one means that will ensure it remains a pariah.”

Mr. Patrikarakos also displays a prophetic attribute when he states in the book that a Republican President at the helm of US affairs might alter the geopolitical balance or imbalance permeating the Middle East. At the time of this review, the US and Iran are engaged in trading nasty barbs and scary threats. A senior Iranian security official has issued a chilling warning to the west, stressing Tehran will respond to any hostile action, declaring the era of “hit and run” is over. This is in response to the irresponsible and indelicate comments made by the intemperate Donald Trump, had expressed grave reservations about the nuclear deal with Iran, agreed by his predecessor Barack Obama, before the decision was taken to cancel it. He said:” It is clear to me that we cannot prevent an Iranian nuclear bomb under the decaying and rotten structure of the current agreement. “The Iran deal is defective at its core. If we do nothing we know exactly what will happen.”

Cold beads of sweat began forming on Hunt’s forehead and the hairs on the nape of his neck stood shock still. The man sitting underneath the hastily strung banner proclaiming his profession slowly proceeded to uncap the bottle of water. The heat was sweltering even within the shades of the makeshift service centre.

Hunt could sense the ruthless eyes of The Cordon monitoring his every movement from an indecipherable location. They were his shadows of conscience. His continuing to make use of a conscience would now depend upon his next move. The code to the blueprint embedding the design of the centrifuges that would enable both the enrichment of the Uranium and the development of a bomb was within one of the innocuous looking and harmonious sounding bagpipes. The key to the kingdom of heaven (or infernal hell) was a password. Even a minuscule lapse could result in an incineration of both the vendor & the customer.

Time stood still for a few eternal seconds. Trying to swallow a lump that suddenly appeared at the base of his throat, Hunt drew himself up, stood tall & without taking his eyes off the man in front, whispered “KILT”

Written as part of Sunday Photo Fiction. Write a story of around 200 words based on the photo prompt given (above). Hosted by Susan Spaulding. For more details visit HERE.