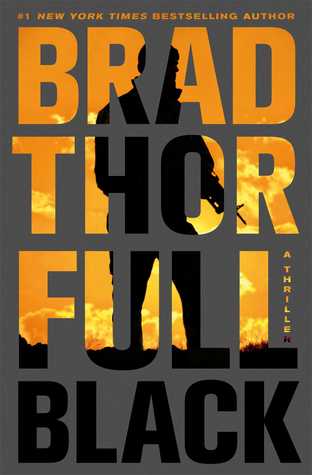 460 pages of high octane, maniacal marauding stuff where someone is either getting killed or killing someone! Only the method of the murder varies. Cutting the carotid, detonating explosives, and at times even detonating themselves (after all its better to burn out than to fade away!), riddling foes with bullets while friends get sloughed away with shotguns, Full Black is where-Chuck Norris-meets-Salman Khan-meets-Phantom. After a point in time the reader is left exhausted and wondering who else is left to be picked away other than himself/herself.

Ok coming to the story itself – yes there is a story – a covert operation in Uppsala Sweden to infiltrate and expose a terrorist network goes sideways with the gruesome death of many US Secret Service Professionals. The master mind behind the Operation Scot Harvath is a former Navy Seals (of course he has to be a navy seal. The rate at which these novels are proliferating the appearance and disappearance of Navy seals would be enough to cause great affront to real seals) who is the very epitome of ruthlessness. His organisation which works from the very bowels of secrecy is unknown to even the FBI and the CIA. In fact, other than the reader and Harvath’s boss Carlton Reed a.k.a “The Old Man”, no one knows the existence of this elite killing machine. Their secrecy is taken to a different level, even surpassing Victoria’s when to avenge their brothers they go “FULL BLACK”.

Thrown in a megalomaniac multi billionaire who calls himself, “The Sheikh of Qatar”, a dwarf who is a technology wizard with two humongous Russian dogs for company, another Navy Seal – there are multiple seals in this vast pool – with a limp, love life gone awry and the latest killing techniques, a Hollywood film producer who other than working on movies, seems to be busy saving his life as he is chased across the United States by a bunch of ugly looking, ugly acting Russians, (yes there are Russian canines as well as Russian cartel), you have a pot boiler which keeps careening, plummeting and racing through paths made fertile by a roving, roaming imagination that puts even Kurt Cobain on steroids to utter shame!