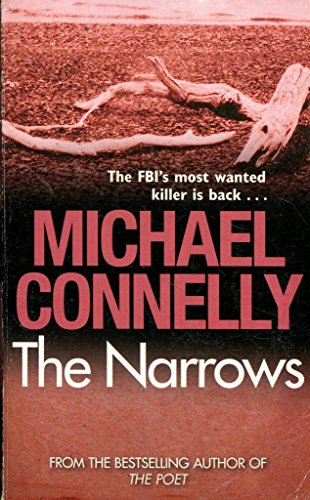 Detective Rachel Walling of the Federal Bureau of Investigation is woken up from her sleep in the dead of the night. The caller is her protégé Cherie Dei. The mentor has been rudely jolted out of her sleep because “he is back.” Robert Backus or Bob, was at one point in time one of the Agency’s most talented albeit eccentric talents. Suffering from an extraordinary degree of Obsessive Compulsive Disorder, Backus would delay meetings because he had to repeatedly wash his hands. His lunch unfailingly was a grilled cheese sandwich day in and day out. A wad of Juicy Fruit gum would be chewed in perpetuity. Now he was back. The only issue with a former agent coming back being the world has still not devised a method to raise people from the dead. Backus was shot by Agent Walling after he turned out to be a serial killer masquerading as an FBI Agent. But the chameleon was not detected until more than half a dozen agents had been murdered in cold blood. Now the cold blooded killer was back in the form of Rachel’s nemesis with a body count that posed a brazen challenge not only to the agency in general but to Rachel in particular.

Detective Harry Bosch a retired cop who was once working homicides with the Los Angeles Police Department (LAPD) is now a private detective. Bosch is paid a visit by Graciela McCaleb, the widow of his former partner Terry McCaleb. Graciela informs Bosch that Terry did not die on his boat from a suspected heart attack as was received wisdom. He was in fact murdered. The evidence lay in the fact that the medications he used to take regularly to keep his transplanted heart in working condition were tampered with. Graciela requests Bosch to investigate the circumstances of her husband’s mysterious death.

Bosch and Walling are drawn together in their respective endeavours to solve different riddles. Connecting them both is the dangerous and murky character of Backus, also known as The Poet. Would the duo succeed in their efforts to pin down the murderers or will they both fall prey to the wily orchestration of their enemies. Michael Connelly, as is his wont is in his elements working the nitty gritties in “The Narrows.” Unexpected twists and surprising turns punctuate this racy edge of the seat thriller. Bosch is the atypical, unruffled, unwavering detective who has been wronged by his own folks. He finds an able ally in Rachel who after an embarrassing romantic stint with a reporter has been relegated to man the desk in a territory where there is more grime than glamour or gang wars. For both Rachel and Bosch, the appearance of The Poet provides an opportunity for redemption. A chance to wrest back respect and regard if not their personal moments of glory. However, with the marauding killer seemingly ahead of them by more than just one step at a time, the investigators have their hands full.

The Narrows – A rousing read!