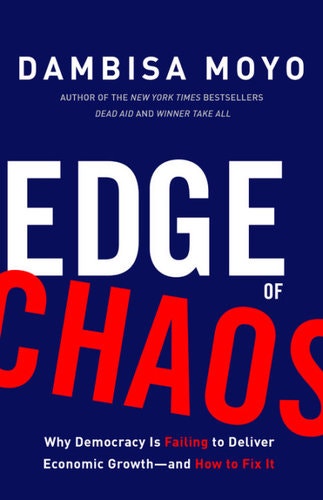 As historian John Dunn has noted “with some very minor exceptions, the word “democracy” has come to symbolise the only legitimate political system in most languages.” However, democracy as is being practiced the world over today, suffers from flaws that are significant and shortcomings that are material. Rising income inequality, continuing gender disparity, appalling lack of opportunities, a burgeoning accumulation of housing and student loans have resulted in turmoil and tumult, causes that culminated in direct consequences such as the election of Donald Trump and Brexit. The inadequacies of democracies have also resulted in a serious exploration and embrace of alternative forms of governance such as the one practiced by China. As Rana Mitter recently wrote in a riveting article titled, ‘The Mystery of China’s eagerness to own the term Democracy’, “China is now in position to redefine democracy for the region, taking ownership and reshaping the term in its own, more authoritarian image.”

The Zambian-born international economist and author, Dambisa Moyo seems to share the same concern about the future of democracy. In her latest book, “Edge of Chaos: Why Democracy Is Failing to Deliver Economic Growth—and How to Fix It”, she bemoans the prevalence of what she terms ‘short-termism’ and ‘political myopia’, facets that emphasise more on the short term thereby at the cost of the longer term, and effectively, the future. “Political myopia is the central obstacle on the path of growth in advanced economies,” she emphasises. Cautioning her readers on the ill effects of ‘short termism’, Moyo states, “a less politicized and more long-term-focused education policy would help circumvent the problem in which the United States ranks among the highest in terms of education spending per capita but in some respects is among the worst in education outcomes when compared against its advanced country peers.”

Moyo identifies 7 factors, or what she terms ‘headwinds’ that hamper growth. These headwinds range from aging societies to limited natural resources. She also reserves her strongest railings for a disturbing rise in the implementation of protectionism. Advocating the rise of protectionism as a complementarity to the devastating financial crisis, Moyo argues that protectionism is nothing but a certain path to perdition.

So is there a way out of this seemingly complex morass? Can democratic capitalism reinvent itself? Towards achieving this objective, Moyo offers ten solutions that are – to put it mildly – radical. Divesting monetary influence from politics, to an astonishing proposal of administering literacy and civics tests on would-be voters, introducing a ‘weighting vote’ system, whereby based on certain pre-determined criteria, votes would carry weightages to longer terms for elected officials together with term limits, reducing gerrymandering and making voting mandatory. These solutions although not easy to either implement or administer needs to see the light of the day sooner rather than later. For as Moyo reiterates, if we are not going to be bold enough to bite the bullet now, it may be too late. As she emphasizes,” overwhelming evidence shows that economic growth is a prerequisite for democracy, not the other way around.”

These prescriptions, especially those relating to imposing restrictions on voting and even curtailing the right to vote might unleash expected opposition and populist backlashes. How would there be a rational division of the voting populace into most credible, credible and less credible voters? Would academic qualifications trump common sense? Would intellectual obstinacy prevail over logical illiteracy? Would quantum physics professors be tagged “most qualified” but Pilates instructors deemed “just about qualified”?  To her credit, Moyo herself admits that this proposition is more than just a timid ruffling of angry feather. Weighted voting “will no doubt be seen as jarring and antithetical to the principles of democracy,” she concedes. Yet “it reduces the influence of those most likely to be apathetic or disengaged from public policy debates and thus to make poor electoral choices.”

Interestingly at the end of her book, Moyo sets out an appendix, depicting how 14 leading countries rank in terms of her vision for transforming and reinventing democracy. While Mexico ranks at the top (having maxed five of Moyo’s milestones), Germany, ranks at the bottom of the heap. Now that is something to keep her readers scratching their heads if not completely tearing out their hair!

Whether we are in agreement with the problems and proposals posited by Moyo, there is no denying that we are inhabiting some troubled times. As per a report issued by Freedom House, an independent watch dog organisation dedicated to the expansion of freedom and democracy around the world, democracy is facing significant rumbles having the potential to transform into a full-blown crisis. Consider the following excerpts from the report issued in 2018:

It is time that this alarming trend is reversed and credit ought to be given to Moyo for at least coming out with concrete measures and structural reforms to fire the first shot towards redemption.