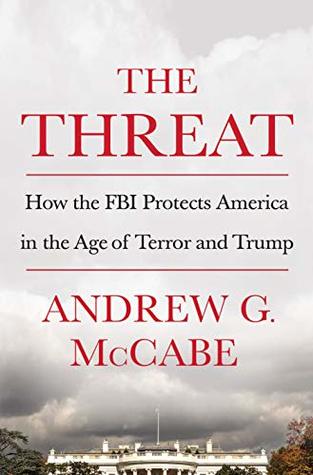 There is an aura attached to both the functions of gathering intelligence and the intrepid persons involved in gathering it. The myths, mystiques and mysteries appended to investigative bureaus have spawned generations of bestselling thrillers, and edge-of-the-seat movies besides instituting a noble and elite sense of brotherhood against which every other assemblage and association reads almost plebeian. When a former Deputy Director of one the most revered and reviled intelligence agencies in the world decides to pen his memoir, it is time to sit up and take notice.

Andrew G. McCabe, the former Deputy Director of the Federal Bureau of Investigation (FBI) and one of the ‘unfortunate elites’ in a burgeoning rank of officials to have been fired via Twitter, has penned a rousing indictment, if not a measured polemic against a President who operates on instinct, indiscretion and injudiciousness. He also, in a rapid fire, ‘Usain Boltesque’ fashion takes his readers through the path that an Agent traverses in his transformation from an absolute novice to a seasoned veteran.

“The Threat: How the F.B.I. Protects America in the Age of Terror and Trump,” begins McCabe’s aspiration to join the FBI, while, at the same time, paying scant concern for sacrificing a high paying legal career. The progress from the strenuous routine at Quantico to snaring Russian mobsters involves a frenzied turning of pages which bestows enough excitement, while simultaneously being judicious in narrative opacity. “The central idea of Russian organized crime is vory v zakone. The phrase means “thieves-in-law” and refers to the top tier of the underworld,” writes Mr. McCabe. “One of the first vory of stature to come to the U.S. was Vyacheslav Ivankov. From the prisons of Siberia, he made his way to Brooklynski—Brighton Beach, the home base of Russian organized crime in the U.S. Spinning cycles of extortion that touched the worlds of nightlife, sports, entertainment, and investment banking, Ivankov became the first target of Kerr’s squad. In late 1995, they got him. In news footage of his perp walk—with Mike McCall at one elbow and his partner, Lester McNulty, at the other—Ivankov actually spits at the camera. The month Ivankov went on trial, the New York Daily News alleged that he put out a murder contract on both agents. All the way to sentencing, in 1997, he refused to admit any guilt for anything. “I am not in a church,” he told the judge. “I have no need to make a confession.”

Mr. McCabe also provides a sneak peek to his readers on the methods employed by the FBI in honing and perfecting their investigation and interrogation techniques. One such method is the “Enterprise Theory” which, “allows investigators to structure their understanding of crimes that once seemed too vast to understand.” Mr. McCabe also introduces an element of dry humour in his pleasing narrative. For e.g. in educating his readers about the genesis underlying the various seemingly incomprehensible and ridiculous code names given by the Agency to its operations, Mr. McCabe states, “Counterterrorism case names were frequently obscure or awful. Kinetic Panda, Bubble Puppy, Milk Can. Mueller would always ask, where did that name come from? The person briefing him would usually answer, we have a machine that gives us the names. It’s random. It comes from the machine.”

Mr. McCabe’s exposition on the cracking of cases such as that of the ‘Underwear Bomber’, and the “Boston Marathon” bombings emphasizes the degree to which the Bureau over-extends itself to keep both America and the world safe. However, Mr. McCabe laments that with the swearing in of Donald Trump to the highest echelon of office, this very work of the FBI is being undermined, and dangerously so. Indiscriminate sackings, illogical appoints and an inattentive bent of mind symbolize the ‘reign’ of the current President of the United States. As Mr. McCabe dwells upon a meeting with the President, “the president’s thoughts were frenetic. It’s a disconcerting experience to attempt a conversation with him because he talks the whole time. He asks questions but then immediately starts to say something else. Almost everything he says he subsequently rephrases two or three times, as if he’s stuck in some holding pattern waiting for an impulse to arrive that kicks off the next thing he wants to say.”

Talking about Jeff Sessions, the former Attorney General, McCabe portrays a man who courtesy an absolute non-comprehension of the Agency’s tasks, leaves its personnel, baffled, bemused and bewildered. “He seemed to think that the FBI had some kind of navy at its disposal, and that this navy was off doing other things. We had to tell him, we don’t have the boats in Colombia. We are not able to do that. That’s not us. Sessions spent a lot of time yelling at us about the death penalty, despite the fact that the FBI plays no role of any kind in whether to seek the death penalty—that’s a job for Justice. All the people on Sessions’ side of the table would look at their laps. No one would chime in and try to answer his questions, calm things down, redirect the conversation. We were always hanging out on a limb.”

McCabe himself was relentlessly hounded and targeted by Trump over the issue of his wife’s failed bid for a seat in the Virginia legislature. Finally, things came to a head in March 2018, when with less than a paltry two days to go before his retirement, McCabe was given the boot by the volatile and abrasive Jeff Sessions, on a recommendation from the FBI Office of Professional Responsibility (OPR). Justifying the removal of McCabe, Sessions alleged that McCabe “made an unauthorized disclosure to the news media and lacked candor” during an OPR review of the FBI and justice department’s handling of an investigation into the Clinton Foundation. Soon after this act, Sessions was also unceremoniously sacked joining a long Ferris Wheel of candidates fast falling out of Trump’s favour.

“The Threat” joins the company of a books that depict the dangerous and debilitating tide that threatens to engulf the United States. The prominent culprits include Josh Green’s “The Devil’s Bargain”, James Comey’s “A Higher Loyalty,” and Bob Woodward’s “Fear: Trump In The White House.” Such litany of woes must render the reader worried if not downright scared. The very edifice of institutions that have otherwise stood the test of both time and turmoil is now being seriously being jeopardized, to cater to the divisive, deadly and degenerating whims and fancies of one demented individual.