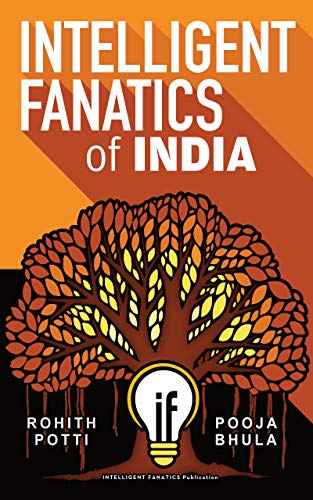 Allow your mind to linger over this example of what can only be described as an existential crisis for a few seconds:

A formidable conglomerate having painstakingly established a reputation, finds itself teetering on the brink of bankruptcy. Its two flagship companies – once the crown jewels within the group – have more or less tumbled over the cliff. With a debt burden in excess of Rs.1500 crore (US$400 million) to be serviced, and with more than 25% of equity owned by the banks, the group is all but finished. What do you reckon would have been the outcome for the group?

A decade and a half – and what seems to be a veritable miracle later – the group is suddenly worth a whopping $900 million. The chemical businesses, constituting the flagship businesses rubs shoulders while also competing, with some of the largest players in the world. Oh, and incidentally, the Group is debt free boasting returns on capital sustainably above 20%.

So what exactly led to the Mafatlal Group, first plummeting to the depths of despair, before subsequently bouncing back with incredible resilience, under the stewardship of Hrishikesh Mafatlal?

Yet another scenario to nudge the grey cells of the reader:

A business group, established in 1928 as an indenting agency procuring and distributing foreign-made goods diversifies into various products ranging from pressure cookers to condoms. But four and a half decades later, the group finds itself in a precarious position. Staring at a debt pile of Rs.10 crore (US$ 1.5 million), the owner of the group is left holding a dilemma of Darwinian proportions in his hands.

What transformational strategies did the brilliant Operations Research Graduate from Cornell University, Mr. T.T.Jagannathan, had to adopt to resuscitate the TTK Group, thereby pulling it back from the jaws of death before making it a household name?

In their hard hitting, lively and superbly structured book, “Intelligent Fanatics of India”, authors Rohith Potti and Pooja Bhula, with the aid of judiciously handpicked real life examples, dwell deep into the mindset and ethos of leaders who when faced with adversity, decide to plunge headlong with strategies and tactics, which, in the normal scheme of things, may only be described as counter-intuitive. The opening two words of the title owe their attribution to the brilliant Charlie Munger. The vice chairman of Berkshire Hathaway refers to leaders who go on to not only dominate their chosen fields, but in the process, create an enduring legacy, as  Intelligent Fanatics. It greatly helps that Mr. Munger himself is a pioneering Intelligent Fanatic. In the exalted company of Warren Buffett, Mr. Munger has taken Berkshire Hathaway to stratospheric heights! In their book, Mr. Potti and Ms. Bhula showcase seven such Intelligent Fanatics who have altered the landscape of the very businesses that they happen to be engaged in, in India.

The authors set the stage by providing a context to the construct of ‘Intelligent Fanatics.’ Drawing greatly from the postulations of not just Charlie Munger, but acclaimed historian Yuval Noah Harari and essayist, scholar, statistician, and former option trader and risk analyst, Nicholas Nassim Taleb as well, the authors argue that the one singularly distinctive attribute that has led to the ascendancy of humans over all other living species is the exceptionally distinguishing feature of culture. Quoting Munger. In a talk given to Capital Group executives, Charlie Munger made the same observation: “The three best operating companies I’m aware of are Costco, Kiewit, and Glenair. There is nothing remarkable about the product or field for any of these three. But there is something remarkable about the culture of all three.”

As the authors illustrate, it was a burning desire to coalesce the ideologies of philanthropy with the philosophy of business, that led Dr. Govindappa Venkataswamy, a.k.a “Dr. V”, to conceptualize and incorporate, what arguably has to be the most unique ophthalmic service facility in the world. 50 million patients and 5.5 million surgeries later, Aravind Hospital, in addition to standing at the apogee of altruism is also deriving a healthy rate of monetary return. The ‘unbusiness’ model of discharging business – a paradox that epitomizes cross purposes has made Aravind what it is today. Dr. V’s remorseless desire to obliterate ‘needless blindness’ made Aravind a ‘Market Driving firm’ as against the run-of-the-mill ‘Market Driven’ firm. An upending of received wisdom transformed Aravind from a player into a pathbreaker. Paraphrasing the authors, “In a paper titled “From Market Driven to Market Driving,” Nirmalya Kumar, Lisa Scheer, and Philip Kotler talk about stupendous successes enjoyed by market-driving firms. In contrast to incremental innovation as practiced by market-driven firms such as Unilever, Procter and Gamble, and the like, market-driving firms create a “discontinuous leap in the value proposition,” which is supported by the implementation of a unique, hard-to replicate business system.”

The audacity to not just take adversity on but to best it by treating it as an opportunity is what makes these Intelligent Fanatics what they are. As Nassim Taleb expostulates in his best seller antifragile, a bit of tinkering leads to outcomes where, while the downside is capped, the upside comes with an unlimited potential. This is the same audacity that made Anita Dongre launch her luxury Indian label, Anita Dongre Indian Soul, employing traditional weaves and silks from master weavers across India. Her gamble reaped rich dividends when Kate Middleton, during a visit to India in the summer of 2016, wore Dongre’s Gulrukh design, selected and then tweaked by her personal assistant-turned-stylist, Natasha Archer.

It was the same irreverent attitude that has ensured that Raghunandan Kamat’s ‘Naturals’ brand of ice creams finds itself in a niche category. Boasting a client patronage that is almost relentless, Naturals, over a period of time has created more than one hundred flavors and, at any given time, their parlors stock twenty-one flavors, 65% of which are fruit based. Naturals is one of the few ice cream brands in the world to offer that many fruit flavors. At the time of writing, the franchisees of Naturals’s enjoy the highest revenues in the parlor segment compared to competitors, including international giants like Baskin-Robbins and Haagen-Dazs.

Intelligent Fanatics have a single minded focus and dedication that accords primacy to customers and employees alike. Telling examples of such a well-entrenched beliefs are provided by the authors while referring to the Horatio Alger like stories of John Gomes of Furtado India and Kochouseph Chittilapilly, the doyen of V-Guard, Wonderla Holidays and Veegaland Developers. Mr. Chittilapilly took altruism to a wholly different level when he donated one of his kidneys – against the advice of both family and doctors – to a total stranger, a truck driver. Mr. Chittilapilly was in his sixties when he undertook this astonishing decision!

“Intelligent Fanatics of India” is a rousing, riveting and racy book that inspires and awes in equal measure. It is an indispensable addition to every meaningful book shelf.