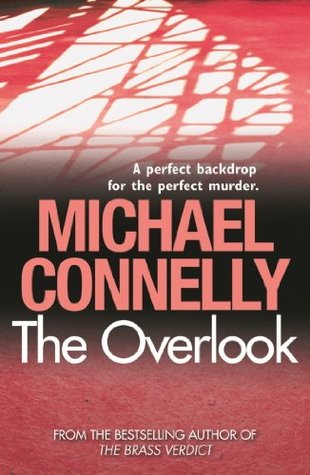 Detective Hieronymus a.k.a Harry Bosch’s serene midnight tryst with Frank Morgan live at the Jazz Standard in New York, is abruptly interrupted by a call from Larry Gandle. Gandle, of the Homicide Special is also Bosch’s supervisor. The Los Angeles Police Department (LAPD) finds a man killed execution style with two bullets to the back of his head at an overlook above the Mulholland Dam. The victim is found lying next to his silver Porsche Carrera with its front hood open. Detective Bosch is pleasantly surprised as well as slightly distressed to see Agent Racheal Walling of the Federal Bureau of Investigation (FBI) join him at the spot. And when the investigators find out that the unfortunate victim named Stanley Kent, was an expert in handling lethal chemicals and that a whopping number of cesium capsules are missing from a hospital specializing in the treatment of gynecological cancer, the investigators have more than just a headache to come to terms with.

Michael Connelly’s book, “The Overlook”, is, well, typical Connelly. Taking off from where he left Bosch and Walling last – in an embarrassing situation – after the fiasco at Echo Park, the murder at the overlook is a godsend for Bosch to redeem himself. But in order to come out unscathed from this latest dilemma, Bosch needs to contend with seemingly insurmountable obstacles, both controllable as well as uncontrolled. The internecine squabbles and intransigent rifts between the Fed and the LAPD, an unsettled past that has at its centre Bosch and Walling, all topped up by a phalanx of shady characters ranging from radical Islamist fundamentalists to deceptive to hard-nosed police officers occupying the upper echelon of power.

The one distinctive feature that sets Connelly’s writing apart from the rest of his breed is a complete absence of over the top action sequences. But make no mistake, this lack does nothing to detract from either the pace or the plot of his books. There are still more twists and turns than hairpin bends on a mountain path. The narrative is crisp, easy on the eye and the pace is just non-stop. “The Overlook” is a one-sitting book that can and must be devoured in one go. Woe betide anyone who happens to commence a reading of the book on a Monday morning!

But for the reader look for airtight logic and rationale that has a surgical precision, be warned. There would be nothing of that sort in the book. People change colours and characters at a pace and level that would put chameleons to utter shame! The speed at which seemingly improbable mysteries are solved would make even the multiplication rates of rabbits seem like fundamental arithmetic!

Overall, “The Overlook” is a great read if one is looking to let one’s hair down and not be overly concerned about more complicated subjects such as the plummeting GDP of her country or the rabid and incomprehensible tweets of a man who looks, talks and acts like a President who is perpetually on steroids!

So put your feet up, adjust the light settings to a comfortable level and get on with the book. Oh, by the way, do not “Overlook” your favourite brand of Scotch while you are at it!

3 thoughts on “The Overlook – Michael Connelly”