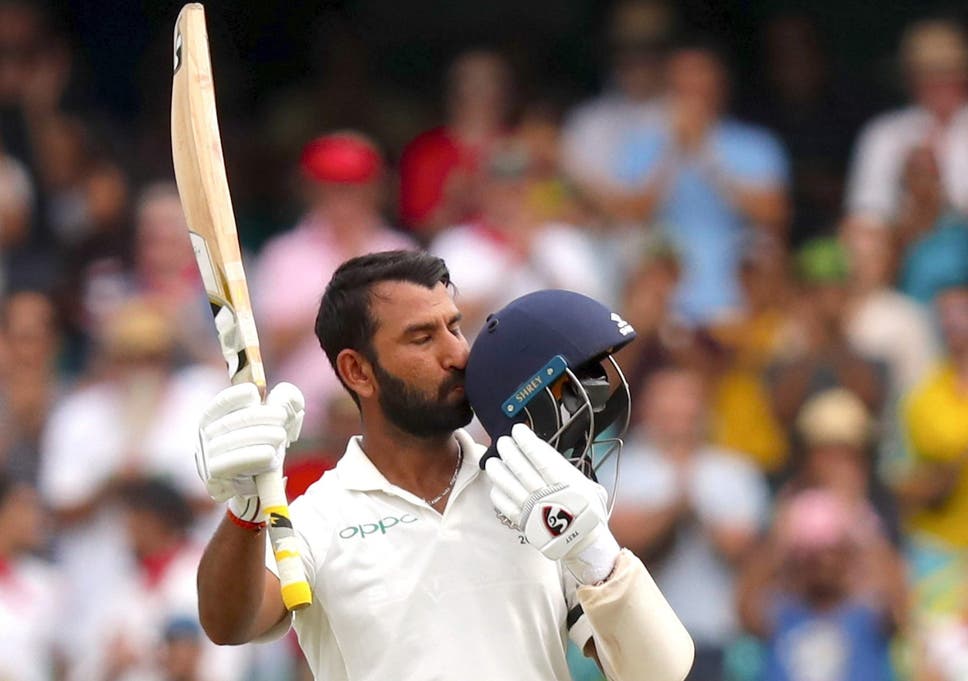 Often times, efficacy and effectiveness get obscured if not obfuscated by aesthetics. While this is a fact possessing universal applicability, the contrast is more explicitly and especially brought to bear in the world of sport. The same move executed by two different sportsmen can be as dissimilar as chalk from cheese, even though the outcomes are absolutely the same. A silken smooth forehand cross-court executed with exquisite grace by Roger Federer as against a “Hawaiian Gripped” double handed rustic heave by Alberto Berasategui; a lumbering tackle by Gennaro Gattuso versus a deft hoodwink by Paolo Maldini.  Cricket, then, is no exception to the norm. The supple wrist work of a Laxman or the serene languidness of a Mark Waugh garners more eyeballs than say an obdurate prod of a Chanderpaul.

At the time of writing this piece, India stands on the verge of completing an epochal series win in Australia (an achievement that has eluded the country for seven painful decades). This extraordinary circumstance has been made possible by a combination of intrinsic factors hitherto unusual for a touring Indian team such as a maniacal trio of magnificent pacemen, and extraneous dynamics such as a hapless and seemingly unsettled Australian team all at sea against their opposition. But towering over all other influences has been the colossal presence in the middle of one unassuming, unyielding, and uncompromising batsman, a presence around whom an entire team has revolved.

Cheteshwar Pujara, has in the seven innings which he has played till now (the unenviable position in which Australia find themselves combined with the prospects of an inclement weather with one day left in the final test at Sydney, makes it unlikely that the Indian No.3 will get another knock), has accumulated 521 runs at an average of 74.42. This includes three centuries, and a duck to boot. To quote Nenia Campbell, “all statistics have outliers.” An incredulous outlier layered between the statistics relating to Pujara’s tally of runs and that is wont to go unnoticed is the number of hours spent by him at the crease. Over a period of four Tests, Pujara has batted for more than 28 hours – yes you read that right – frustrating, flummoxing and fending away an exasperated set of Australian bowlers. He has done all of this employing a style of batting that does not produce any paeans to élan or elegance. Grit and gumption, rather than grace characterize Pujara’s stints at the crease. He can never be the flamboyant showman holding his admirers in an ecstatic thrall. On the contrary he is the enlightened Mendicant in the Middle. A mendicant suffused with purpose and blessed with powers of immense concentration.

A Virat Kohli or a Hashim Amla has this unique ability to produce a melody out of every shot and to string a whole song out of an innings. Flowing cover drives, delicate late cuts, and effortless flicks all machinate to manufacture moments of sheer ecstasy. It is as though the magical batsman is putting on a show to please the phalanx of Gods admiringly observing him going about his masterful craft. Pujara, however would beg to differ. A cover drive for him can never be an exercise in crafting melody. It is just a purposeful extension of the arm and lending precise directions to the ball. Thus the spectacle of Pujara paying incandescent homage to a forward defensive stroke by looking down the ball until it drops dead right at his feet, but not before making an uneventful acquaintance with the middle of his bat, is unlikely to elicit either gasps of breath or squeals of delight from his audience.

However, it is this adamant and inflexible attitude that has ensured that India reap rich and fulfilling rewards. In all the Test Matches in the current series, Pujara, has (with the exception of one game where Mayank Agarwal opened with Hanuma Vihari) found himself literally arriving at the crease as an opener. With Murali Vijay unable to find his form and K.L. Rahul his feet, the burden of blunting the new ball has been firmly and invariably foisted upon the shoulders of Pujara. Those shoulders have not sagged. Ball after ball, over after over, minute after minute, and hour after hour, this human metronome has continued to bat, and bat and bat! Beginning his innings with erudite nudges and educated pushes, Pujara articulates a mode of batting that has method for a brain and courage as its spine. Emulating the essence of judgment which his predecessor seemed to possess in abundance, Pujara seems to know the position of his off-stump to the nearest millimeter. This knowledge bars every recourse to ill-fated fishing expeditions. Although adept at judging the length of the ball, and equally comfortable on both the back as well as the front foot, Pujara reserves all his horizontal strokes till such time he has entrenched himself at the crease. While his compatriots exude flair, he emanates stoicism and endurance. Light on his feet to a spinner, the way in which Pujara has played Nathan Lyon throughout the four tests, has been a masterclass in the art of facing up to spin bowling. Sashaying down the pitch at every available opportunity he has either negated the potential turn by smothering the spin or discreetly padded away balls without the risk of exposing himself to a probable leg before dismissal. He has also been quick to rock back onto his back foot to anything pitch short and thereby pulling the ball through the midwicket and square leg boundaries.

Mihaly Csikszentmihalyi a Hungarian-American psychologist, in a seminal work, “Flow: The Psychology of Optimal Experience”, recognised and named the psychological concept of ‘flow’, a highly focused mental state. Csíkszentmihályi postulates that people are happiest when they are in a state of flow—a state of concentration or complete absorption with the activity at hand and the situation. It is a state in which people are so immersed in an activity that nothing else seems to matter. The notion of flow is identical to the feeling of being in the zone or in the groove. In the psychologist’s own words, flow signifies “being completely involved in an activity for its own sake. The ego falls away. Time flies. Every action, movement, and thought follows inevitably from the previous one, like playing jazz. Your whole being is involved, and you’re using your skills to the utmost.”  I know not whether Pujara’s favourite book is “Flow”, but I may well be pardoned for nursing such an assumption. However, Pujara seems to be in a state of unique flow when the whole world around him seems to be static. While he is at the crease, time seems to stay still for interminably long periods. The scoreboard stops moving, arms are shouldered as balls innocuously thud into the wicket keeper’s gloves. The only movement of note seems to be when the umpire signals the end of an over, proceeding to hand over the ubiquitous sun-glasses and perhaps a sweater back to the bowler. Yet every single delivery is met with a concentration that is powerful and a motive that is profound. He is after all a mendicant and not a rabble rouser.

Pujara’s fortitude more likely than not ensures that the batsman at the other end can play with a sense of freedom, if not with a downright gay abandon. With Pujara holding one end resolutely against both the menace of the new ball and the mischief of the old, his team mates can express themselves more freely mixing deliberate aggression with considerate caution. After notching up a 50 on a cantankerous pitch in Johannesburg, Pujara remarked: “For me intent is where you defend well, you leave well, and you play on the merit of the ball.”

Beginning four months from now, a new season of cricket frenzy will have millions in its throes. IPL 2019 will be unleashed in India with its usual accompanying fanfare, fervor, glamour, glitz and the temporary razzmatazz. But, not for Pujara, such slam bang stuff. While balls will continue to sail high and soar out of many a ground, goaded on by full throated roars and hollering of hard core fans, a mendicant will in a serene fashion, continue honing his meditative skills by offering the middle of his blade to a thousand deliveries a day.

There after all is a solid method behind this madness too.

3 thoughts on “Mendicant In The Middle – The Cheteshwar Pujara Way”