“Chekka Chivantha Vaanam” is a subtle, succinct and searing tribute by Maniratnam to Quentin Tarantino. With unmistakable shades of “Reservoir Dogs”, assaulting the viewer in the closing phases of the movie, one of the most acclaimed directors in the annals of Indian cinema both delivers as well as disappoints. The innovative, ingenious and inimitable genius of Mani is explicitly missing in this movie. But the lack of originality is more than adequately made up for by a gripping plot, a flowing narrative and a couple of jackhammer twists that leave the audience craving for more.

Senapathi (Prakash Raj) is the archetypal gangster, who after trysts with both death and destiny has carved out an unassailable niche for himself as sophisticated gangster of reckoning. He is assisted in the management of his sprawling empire by his eldest son Varada (Arvind Swami). Senapathi has two more sons deeply engrossed in managing their own business (legal and illegal) affairs overseas. While Thyagu (Arun Vijayakumar) deals with the Sheikhs in Dubai, Ethi a.k.a Ethiraj (Silambarasan) has his personal dalliance with arms dealers in Serbia.

Senapathi and his wife Lakshmi (Jauasudha) on their way back from a temple are subject to a gruesome assassination attempt when two hired hitmen disguising themselves as policemen, fire at the car in which Senapathi and Lakshmi are traveling and toss a grenade inside the vehicle to make sure that the occupants are taken care of. Even though the couple barely survive, this tumultuous incident drives a vertical rift between the brothers who begin warring for power.

In the meantime, Chithr (Jyotika) the wife of Varada, enlists the help of her husband’s close friend and a cop known for his volatile predilections, Rasool Ebrahim (Vijay Sethupathi) to shield her husband from any untimely and unfortunate exigencies. What happens next is a couple of hours of intrigue, intensity and incredulity.

Arvind Swami as the self-professed heir apparent of Senapathi, essays a very suave and selfish portrayal. Fierce as an underworld don and fecund as a key protagonist in a dysfunctional family, this veteran actor is a joy to behold.

Arun Vijay as Thyagu is refreshing. We see an uninhibited and smooth style, the credit for discovering which has to go to Manirathnam. This film might be the stepping stone for Arun’s future successes.

Silambarasan as Ethi sizzles! If Arvind Swami is the engine of the movie, Silambarasan is the heart. Spontaneous, graceful and natural, Simbarasan carries the day in most of the scenes where he appears. His verve, vivacity and viciousness makes one wonder why an actor of such talent and caliber is such a poor judge of characters to be essayed by him. Directors of note and repute better watch this movie in general and Silambarasan in particular!

But without an iota of doubt, Chekka Chivantha Vaanam is Vijya Sethupathi’s movie. This phenomenally talented actor has delivered a performance to be remembered, and has executed a role to be revered. As the abrasive, humorous, loyal and conflicted custodian of the law, Vijay Sethupathi dazzles, revels and regales his audience. While fans will drool over this performance, many will transform into fans! A Rasool Ebrahim, Sethupathi is simply brilliant. Whether it be dialogue delivery or the timing, this splendid actor leaves nothing to chance.

While Jyothika and Prakash Raj are as usual effortless, it is a joy to behold the evergreen Jayasudha onscreen.

The soundtrack by A.R. Rahman is haunting if not indelible and the Santosh Sivan’s Cinematography does not disappoint. The dialogues are appropriate and the stunts aesthetic. However, Chekka Chivantha Vaanam is both a highlight and a disappointment. A disappointment because this is not Manirathnam at his original best, but paradoxically a highlight on account of the overall context and content of the movie. 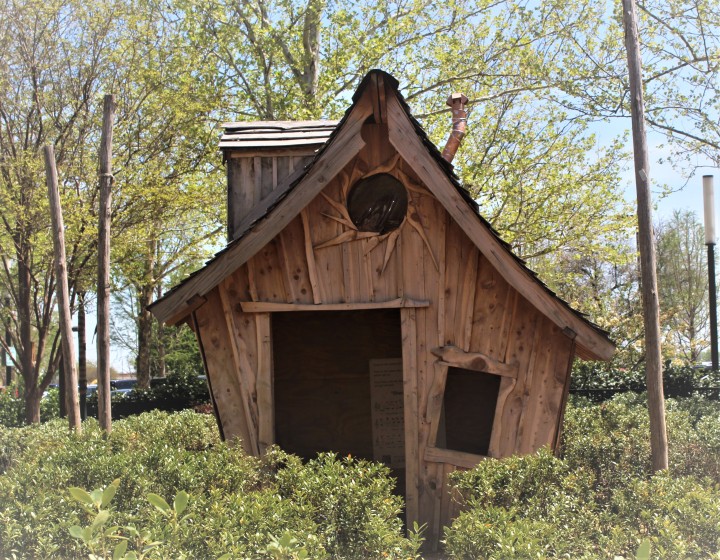 Ever since Erwin read Carlos Castenada, he had become a believer, a devotee, and an unrelenting worshipper. His only avowed objective and burning ambition in life became a need to connect with the supernatural. He even constructed an architecturally abominable wooden structure – a sanctuary – in the middle of a sprawling expanse of green over which he had the title rights.

The words, “In a world where death is the hunter, my friend, there is no time for regrets or doubts. There is only time for decisions.”  was tacked onto the wall of his abode. Dropping out of his promising PhD programme in nuclear fission technology and theoretical Physics (much to the jaw dropping chagrin of his peers and consternation of his professors), he had retired into a reclusive existence, with Mescaline for refuge and the books of Carlos Castenanda for relief.

On a lethargic morning where the rays of the sun were obscured by a canopy of brooding bank of clouds, Erwin entered his dwelling, shut the door, bolted the windows and scattering sixteen cowrie shells on a rectangle drawn with chalk on the floor, sat down with eyes shut tight.

When the police found him, the floor was empty.

Thanks to Susan Spaulding for the marvelous photograph

Anastasia polished the last of the white cups and carefully positioned it atop the gleaming table at exactly the same spot from where it was picked.

Even at 84, frail and with an eyesight that was fast fading, this was one chore from doing which no physical or mental obstacle could deter her. When Vassily first arranged the mugs, cups and jugs with a concentration bordering on the fierce, Anastasia had thrown back her head and laughed till tears streamed down her cheeks.

“The fat Silver chudovishche is the T-26” he exclaimed.

Then he went away to Stalingrad.

The credit for the breathtaking photograph goes to Priorhouse

“So what do you have to say in your defense Herr Eichmann?”

The man in the witness box stood ramrod straight and remorseless. With the contours of a derisive grin slowly taking shape, he replied, “they are durable and soft to step on.”

The prosecutor’s rage now was in full bloom. Turning an incendiary red, he hollered, “soft to step on? Have you counted the bloody pairs? There are more than…. a thousand…. a half-thousand” The gravity of the accused’s crime made him stutter and stammer.

Pandemonium reigned in the courtroom.

This story has been written as part of the FLASH FICTION FOR ASPIRING WRITERS – FFfAW Challenge #184, more details about which may be found HERE

Thank You Yarnspinnerr for the photograph!

As would be the classic case with any bibliophile, yours truly also is beset with this irritating yet impossible habit of starting off reading multiple books, beleaguered by the notion of not accumulating even more until completing the burgeoning stack, before finally succumbing to the “Tsundoku” Syndrome and drowning in a sea of books! So here goes the current stash that is adorning my book shelf, abandoned at various stages of completion and facing a peril of being returned to after a long hiatus!

By the means of this short podcast I try to highlight a few hilarious instances where even the shortest versions of my name – “Venky” & “Venkat” have proved more than just a mouthful for many!

The man with the calloused palms at the Hertz customer service desk hardly raised an eyebrow as he processed the run-of-the-mill car rental papers. How could he have? The voice making a request sounded perfectly human. The inbuilt Re-calibrated Vocal Chord Deceptor could deceive the most capable of man and the most versatile of machine. Dressed casually in denim wear with a Boston Red Sox cap worn back to front, X-84 was a replica of one of the millions of ordinary homo sapiens going about their daily business.

The Floating Stealth Capsule has deposited X-84 on Earth on a mission where failure would mean fatal extinction. While both prophets of doom as well as incurable optimists had reduced climate change to a perennial debate, the Ozone layer was fast depleting.

X-84 and his Quasardians could care two hoots about Earth’s problems but for a small glitch. A total trioxygen deprivation would signal doom for Quasard.

As X-84 calmly drove against a beautiful backdrop of an azure sky and a motionless sea, his High Resolution Vision caught pockets of holes punched into the layers above the sky.

“Still they don’t believe in global warming?” shrugging, he accelerated at the bend.

Thanks to Anurag Bakhshi for the marvelous photograph