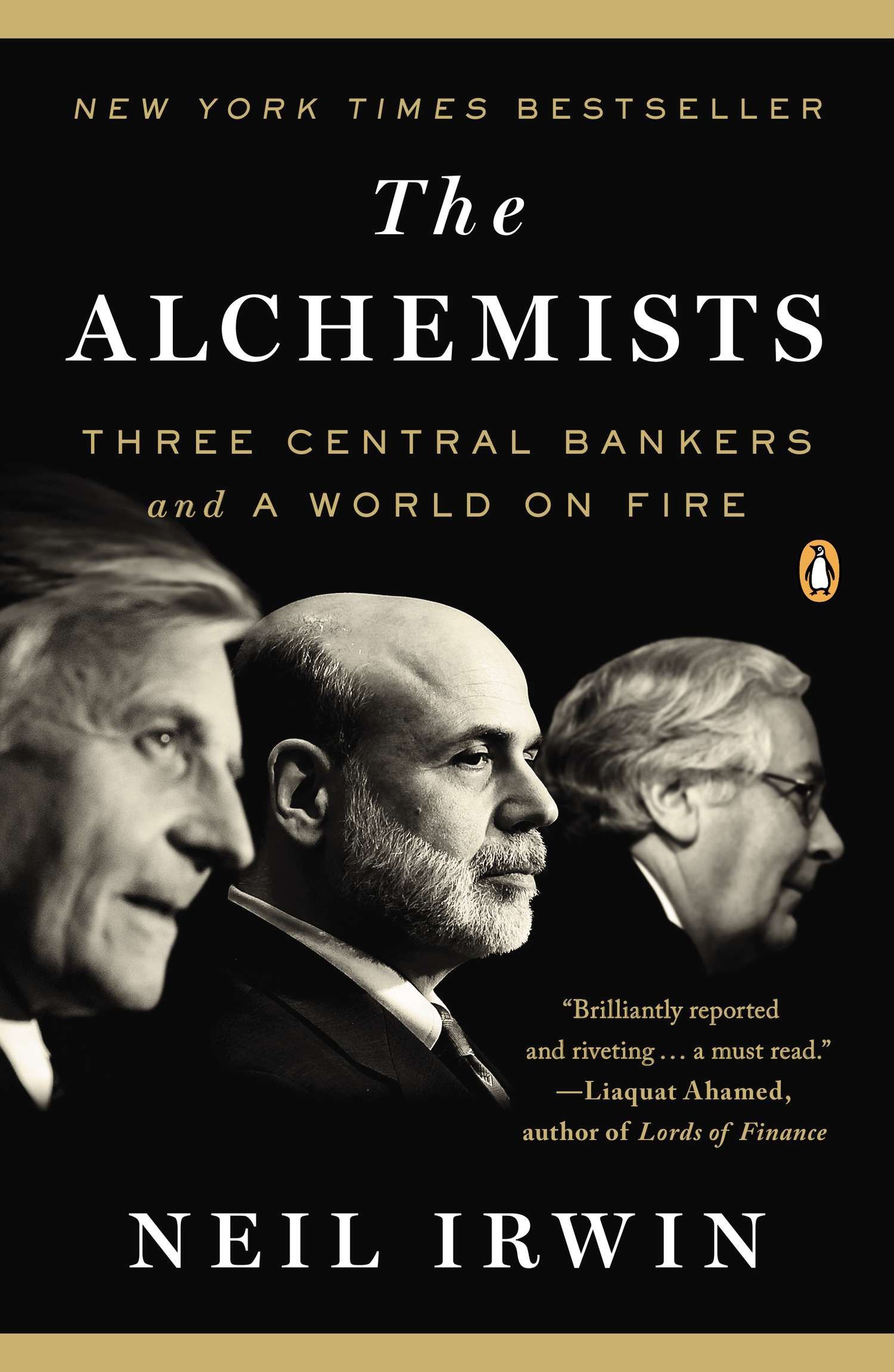 “Uneasy is the head that wears the crown”, proclaimed the immortal Bard of Avon in his gripping play, King Henry the Fourth. What William Shalespeare left unsaid however, was that such unease is exacerbated manifold especially when one happens to ascend to the position of a Central Banker. Hurl into the already formidable conundrum a financial recession that has the potential not only to slam the brakes on world prosperity but also pull the very rugs of stability from underneath the globally interconnected economic edifice, the Crown of the Central Banker is but a coronation heralding an ensuing crucifixion!

Neil Irwin, in his spectacular work “The Alchemists” (the book) chronicles with delightful clarity the tumult and turmoil faced by three redoubtable Central Bankers when the whole world around them went rogue in a tailspin of sheer insanity. Ben Bernanke, former Chairman of the Federal Reserve in the United States, Jean Claude-Trichet, the then President of the European Central Bank (“ECB”) and the then Governor of the Bank of England Mervyn King were three reluctant firefighters who were involuntarily entrusted with the onerous responsibility of rescuing a world gone mad.

Before explaining the measures implemented by the three protagonists, Irwin dishes out an alluring hors d’oeuvres in the form of an introduction to the advent of Central Banking. From the exploits of Johan Palmstruch in Sweden to the prescience of Walter Bagehot in England, Irwin traces the evolution, endurance and etiology of the now commonly accepted and taken-for-granted lender of last resort. Coming to the core aspect of his subject, Irwin then provide a fascinating ringside view of the greatest recession since the Great Depression of 1929, that brought the world to its knees before being tackled employing means both novel and random. Irwin highlights in a staid albeit powerfully convincing manner, both the need for a strong Central banking system and its manning by a set of articulate and talented central bankers. To paraphrase Irwin, “Central bankers determine whether people can get jobs, whether their savings are secure, and, ultimately, whether their nation prospers or fails.” The individuals who were mercilessly pilloried and remorselessly vilified as forming part of the very problem which they were attempting to resolve during the panic of 2007 thus get more than just a reprieve and a pat on the back from Irwin.

The three different personalities of Bernanke, King and Trichet working in tandem as well as in individual capacities attempted to weather the financial storm by bringing their astuteness and at times even arrogance to bear. As Irwin points out, they also stumbled quite a bit in the process. While the obstinate troika of the ECB, the International Monetary Fund (“IMF”) and the European Commission (“EC”) urged on by the Bundesbank imposed ludicrous conditions of austerity on an ailing Greece in consideration of a bail-out, the Eurozone was under the threat of a potential dismantling. To a great extent the financial crisis was brought about by the lax and lackadaisical supervision of the Fed as mortgage originators went on the rampage in the United States and the greedy Wall Street Bankers cranked up their machinery that produced mind numbingly complex financial products whose worth or uselessness lent themselves to prediction of any reasonable sort.

Irwin’s marvelous book also boasts of some aesthetic touches. In recounting how a 2011 celebration, at the Alte Oper, Frankfurt’s historic opera house, to mark Trichet’s retirement, transformed into an argument among the assembled European leaders, Irwin writes, “As Trichet and Merkel and Sarkozy hammered at each other in their back room, no resolution to be found, the notes of Mendelssohn’s finale echoed through the building, the music as jolly as the outlook for Europe was looking dismal.”

Irwin also provides an insight into the extremely complex process by which the countries forming part of the Eurozone achieve unanimity in all decisions having an impact on the monetary and fiscal prospects of the Eurozone. Potential beneficiaries are rendered irrelevant as stringent demands and strident conditions are imposed upon them as considerations for a potential bail-out. The actions of Germany and France who while maintaining an uneasy relationship amongst them are also paradoxically ‘joined at the hip’ make for some rousing reading.

“The Alchemists” while not attempting to deify the central bankers as they go about their unenviable work, strives to place them on a pedestal that is exalted, edifying and certainly enervating.

Whether such a pedestal is indeed a deserving honour, is a choice that is left to the readers to decide.

It was not often that Joanne took Ashita along, to her work place. In fact, according to nine-year-old Ashita, the frequency of her visiting her mother’s office was even rarer than the appearance of Haley’s comet! Today was one such occasion. The clinic administering the TDAP vaccine had no time slot other than from 9.30 – 10.00. Joanne had no choice but to bring her effervescent daughter along.

The moment Ashita set her eyes on Joanne’s desk she let out a squeal of uninhibited delight. “Mom, my four Musketeers!”

“Shhhhh!!! Silence! This is an office”, Joanne’s tone had a steely determination to it.

Chastised by her Mum, Ashita kept silent and took her place on a chair right across Joanne. Unable to stifle her curiosity she slowly got up and approached the mission statement the bottom half of which was slightly obscured by the four Musketeers.

“Are veterans those who have come back from Vietnam?” Ashita whispered.

“Not just Vietnam my love.”

“Why do people kill each other? Why should there be wars?”

“Alas, only nine year olds seem to be asking these questions my dear. Now allow Mummy to work”. Drawing a deep breath, Joanne got about her work.

To read more of the stories based on this week’s prompt, visit HERE